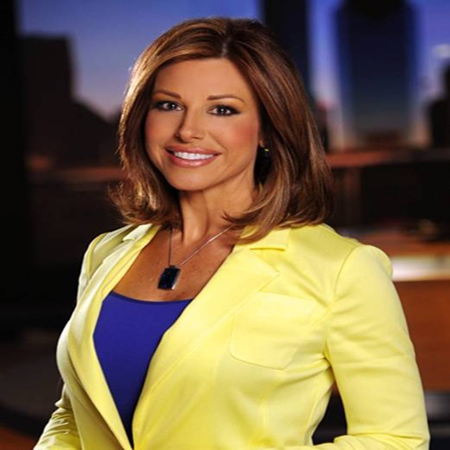 Dominique Sachse is a Journalist as well as Television Reporter. She is widely recognized as a traffic reporter and also won Emmy awards for KPRCH2 as a news reporter. She is also the founder of Health Fitness Revolution.

Sachse’s father was from Germany whereas mother was from Ukraine. She raised in Houston, Texas along with her sibling.

As for her education, Sachse went to Memorial High School and later joined at the University of Houston for her degree in journalism.

Dominique Sachse initially began her career as a metro traffic reporter for a number of radio channels including Metro Traffic Control in 1990. She was also a radio jockey for KHMX Mix 96.5 till 1993.

Sachse then joined KPRTV CH2 making an opening for the morning traffic position and later was promoted to news anchor. She won Emmy award twice for best journalist reporter.

Apart from that, Sachse is also a YouTuber. She has a self-titled channel through which she provides tips on makeup, hair as well as fashion advice. Her channel has around 300k subscribers and average viewers of 31 million.

Being multi-talented and raising heights in the related field, Sachse successfully registered her name in the list of millionaires crossing the net worth of more than $5.5 million.

Sachse is one of the journalists getting a high pay as an annual salary. Although not disclosed, it is a s sumed that her annual salary is near to a million dollar. And her yearly income also adds up her revenue from YouTube.

Dominique Sachse is a married woman. Dominique Sachse married  Nick Florescu who is the founder of The Florescu Foundation. The couple got married in Lake Wood Church on 20th May 2012 at John and Becca Cason's home.  However, this was the second marriage of both Nick and Sachse.

May 19th is a day for weddings! Six years ago today, we said “I Do,” and life couldn’t be sweeter. #happilyeverafter

The duo first met in Kickoff Party of Houston Community College on 11th January 2012 and after few days of their first met, they began dating. Nick proposed her with a beautiful emerald cut diamond ring for an engagement.

Sachse is the proud mother of six children including her son, Styles Credeur and five stepchildren: Alex, Nicky, Ava, Ella, and Isabella Florescu.

Sachse balanced being a mother and a journalist really well. She said in an interview with healthfitnessrevolution.com in 2013.

"I have two jobs, parent and news anchor, and I do my best to create balance, stability and presence, both physically and emotionally, in the children’s lives."

Once there was also a rumor that, Sachse had breast enlargement surgery, nose job and Botox injection which is a popular remedy for wrinkles and fine lines.