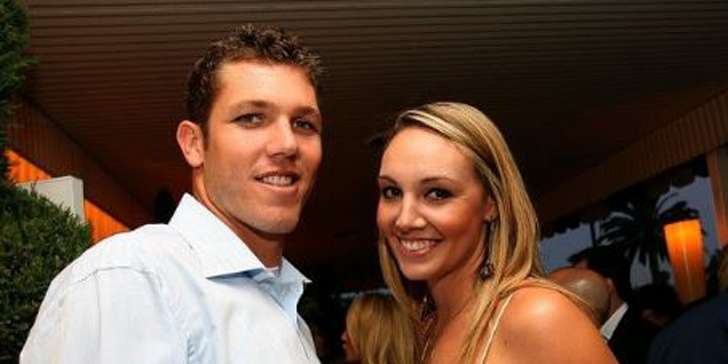 Bre Ladd is the spouse of Luke Walton, previous NBA player, once a player for the Los Angeles Lakers and currently, coach for the Golden State Warriors. However, mentor Walton isn't the only one with an intriguing life story, his better half Bre was a star competitor at the University of Arizona.

This 6 feet tall beautiful lady was born on April 19, 1984, in Tucson, Arizona. Bre's volleyball career started amid her secondary school years at Canyon Del Oro High School where she was a member of the CDO Honor Roll and a four-year letter champ. After she graduated in 2002, she was selected at the college of Arizona, where she graduated with a major in public health and community.

She met with her star husband Luke Walton in the year 2002 but they began dating only after 2005. Luke proposed to Bre on the Christmas eve of the year 2006. She said, “He put a jewelry box inside of a really big box, and I assumed he’d gotten me the earrings I’d asked for, she further added. ”I opened the box and saw my ring, and genuinely shocked.”

Later on, they got married on 17th August 2013. According to the guest report, it was a beautiful wedding to attend.  In spite being from the two different sports volleyball and basketball, the duo must have something in common to be such a lovely pair

Taking about her college life, she majored in nursing and coached deaf students from the Arizona School for the Deaf when she was in college. She is familiar with communication via gestures, she must have continued to serve the deaf people even after her graduation. The couple doesn’t have any children and there is no such rumor about their divorce. They are one happy couple with lots of love and respect for each other.