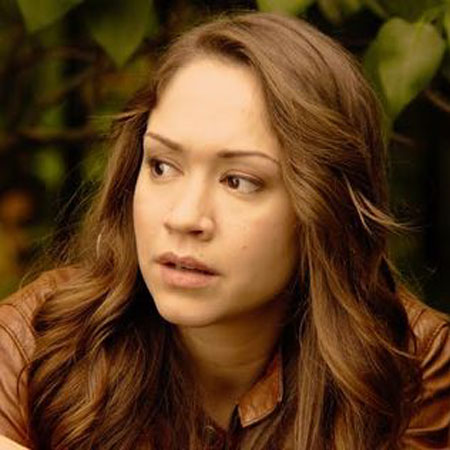 Diana DeGarmo was born as Diana Nicole DeGarmo on June 16, 1987, in Birmingham, Alabama. She belongs to the White-American ethnicity and holds an American nationality. She grew up in Snellville with her parents.

DeGarmo went to Shiloh High School. She was interested in singing rather than study. She started singing at an early age.  She sang in Georgia Music Hall of Fame Awards in 1997 and Annie and Joseph and the Amazing Technicolor Dreamcoat, an Atlanta-based stage production.

At the age of ten, she became the part of Cartoon Gang on The Cartoon Network Channel.

After a year, DeGarmo sang at Opryland USA during the Christmas, and she was named as Miss Georgia Teen in 2002. Moreover, she became the finalist on America’s Most Talented Kid, an NBC talent program.

In the starting phase of Degarmo DeGarmo's career, she took part in the third season of American Idol in 2004 & never came to bottom as she gave terrific performances. The audiences appreciated her performances.

During the competition, DeGarmo was only sixteen years old & reached up to the finals. After the competition, she traveled several places and gave various performances from where she grabbed much of the fan following.

Moreover, in December 2004, DeGarmo released her debut album, Blue Skies which collected 47,000 copies of sales. Later, she began to record the pop/R&B albums & earned fame from there as well.

In the year 2005, DeGarmo made her first stage debut in an American Musical Theater of San Jose as Maria. She is not just limited to music, DeGarmo also appeared in the movies and television series as well.

In October 2011, DeGarmo appeared in American TV series, The Young and the Restless. She was cast alongside Melody Thomas Scott, Eric Braeden, Joshua Morrow, Eileen Davidson, Sharon Case and much more.

DeGarmo began appearing in some movies and television series including All About Christmas Eve, Wyatt Earp’s Revenge, The Morning Sun and much more.

Degarmo DeGarmo,30 married to her boyfriend, an American singer, actor & songwriter, Ace Young who gained fame after appearing in the 5th season of American Idol.

They first met in 2010 revival of Hair on the Broadway and eventually began to date since 2012. The duo engaged on 23rd May 2012. A year after their engagement, the pair moved together and started living together.

They tied to knot on 1st June 2013 at the Luxe Sunset Boulevard hotel in Los Angeles. Also, the bride dressed in a Sarah Nouri gown with rhinestones & pearls whereas grooming dressed in the black coat.

Today it’s been years that they are together. However, they have no children yet. They live in Nashville, Tennessee, with their dog, Rosie.

Degarmo DeGarmo earned a decent amount of money from her career. She worked in different fields of singing, acting, and voiceover. She has the net worth of $1.5 million.

DeGarmo's social media posts & pictures show that she has a great life where she did much of the shows & used to travel several expensive places at the same time.