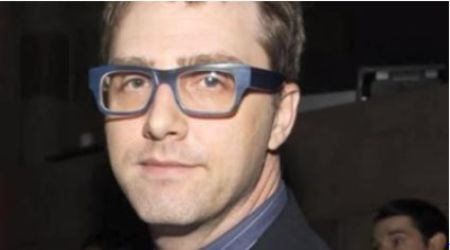 Devlin Elliott is an American theatre producer, writer, and actor most known for his appearance on television shows like The X-Files and Sabrina the Teenage Witch. However, he is most famous for being the husband of the writer-actor Nathan Lane. The couple has been married since November 2015 after dating for almost eighteen years.

Devlin Elliott is a member of the LGBTQ community. He married his partner of 18 years, Nathan Lane, on November 17, 2015. The wedding ceremony was an intimate affair held in New York City in the presence of family and close friends.

His husband Lane is an award-winning stage, screen, and voice actor, and writer. Among his many accolades are one Screen Actors Guild Award, two Daytime Emmy Awards, and won People's Choice Award, as well as nominations for two Golden Globe and six Primetime Emmys. 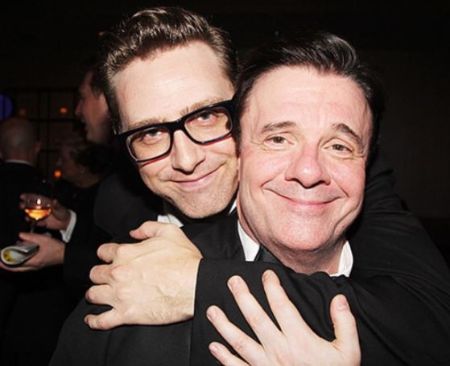 Devlin Elliott was born on April 13, 1972, in the United States of America, under the zodiac sign Aries. As of June, he is 49 years old, 16 years younger than his husband, the 64-year-old Nathan Lane. He stands at the height of 5 feet 5 inches.

Elliott leads a modest life and strays from social media, which is why his personal life is relatively unknown. He came out as gay when he was young and began a relationship with Nathan Lane in 1997 when he was 25 years old and Lane, 41.

While Devlin Elliott's claim to fame is his relationship with Nathan Lane, he is nonetheless, a recognized stage and screen actor, writer, and theatre producer in his own right.

Elliott is a Tony Award-nominated producer. His theatre credits include plays like Ragtime, Deuce, and Master Cla s s on Broadway, and off-Broadway plays like White Rabbit, Red Rabbit at Westside Theatre, Unusual Acts of Devotion at Philadelphia Theater Company, and La Jolla, and American Fiesta at Vineyard Theater.

On-screen, Elliot has made small appearances on shows like The X-Files, Sabrina the Teenage Witch, and Frasier. Besides that, Elliott has co-authored the children's books Naughty Mabel and Naughty Mabel Sees It All with his husband Nathan Lane.

While official records on Devlin Elliott's net worth have not been published. Devlin Elliott is estimated to have a net worth of around $300,000 in 2021. The national average salary of an American theatre producer is said to be $71,308 per year.

His wealth reportedly comes from his career as a theatre producer, writer, and actor. He has made appearances on TV shows like The X-Files, Sabrina the Teenage Witch, and Frasier, and also has been credited in short films like 2004's Sweet Union.

On the other hand, his husband Nathan Lane has a whopping net worth of $20 million as of Celebrity Net Worth. The eminent screen, stage, and voice actor, and writer has had 45 years in the business and won numerous industry awards.

1. How old is Devlin Elliott?

2. When did he marry Nathan Lane?

Devlin Elliott married his boyfriend of 18 years, Nathan Lane, on November 17, 2015. The ceremony was an intimate affair held in New York City in the presence of family and close friends.

3. How much is the net worth of Devlin Elliott?

While official records on Devlin Elliott's riches have not been published. He is estimated to have a net worth of around $300 thousand.

4. What does Devlin Elliott do for a living?

Devlin Elliott is an American theatre producer, writer, and actor most known for his appearance on television shows like The X-Files and Sabrina the Teenage Witch.