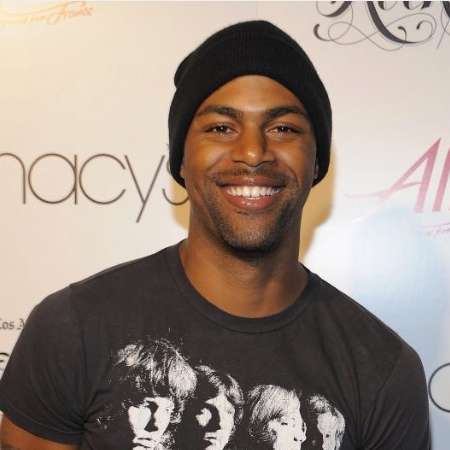 DeVaughn Nixon's date of birth is 8th of July and he was born in Los Angeles, California in the United States in 1983. His ethnicity is black and nationality is American. He was born to the former basketball player, Norm Nixon. His stepmother, Debbie Allen is an actress, director, dancer, and producer. His half sibling includes former basketball player Norman Ellard Nixon Jr. and dancer Vivian Nichole Nixon.

DeVaughn Nixon worked in several roles in acting during his childhood and also had a voice role in an animated film, Bebe’s Kids. He temporarily left his acting career to pursue his education. His mother was very independent so his parents taught him to appreciate hard work, education, and independence. Nixon is a graduate of Loyola Marymount University in television production and business finance. He has also worked with his father as a mortgage broker.

DeVaughn Nixon returned to acting in 2010 through a film, Monster Heroes. In 1990, Nixon starred in To Sleep With Anger as Sunny also appeared in TV series called The Fresh Prince of Bel-Air. In 1991, he appeared in movies like Terminator 2: Judgement Day as Danny Dyson and The Rapture as First Boy. In the year of 1992, Nixon starred in a romantic thriller movie, The Bodyguard as Fletcher and also had a voice role in an animated comedy film, Bebe Kids. In 1994, he appeared in a crime film, Sugar Hill in the role of Raynathan. In 2001, Nixon appeared in TV series like Lizzie McGuire as Snackbar Attendant and One On One as Tracey.

DeVaughn Nixon then worked in TV series, Sonny With a Chance as Trevor. During 2010, Nixon performed in a film called Monster Heroes as Vilante which was his comeback after his short break to pursue his education. The following year in 2011, he appeared in teen romance comedy-drama film called Prom in his role of Tyler Barso. Nixon has over 8 thousand followers on his Instagram account and talking about his twitter, he is not much active on it. He has always stood out in his every role that is given to him which is commendable. His bio can be found on many sites including Wiki.

DeVaughn Nixon has not been in any kind of rumors of being involved in any kinds of relationship. He is one of the few artists who have been able to keep him far from this kind of rumors. There’s no news about his past girlfriend or his love life. Probably we can a s sume that he is single right now which means there’s no question of him being married. This month, he celebrated his 33rd birthday.

DeVaughn Nixon undoubtedly has a masculine physique. His shirtless body does a lot of talking. He possesses a height of 6 feet 1 inch but his exact weight is not available. His exact net worth and salary are still unknown but looking at his work, we can say that it is in million of dollars. Maybe, he is waiting for the right person to be his match for his whole life and we hope that he finds her very soon.