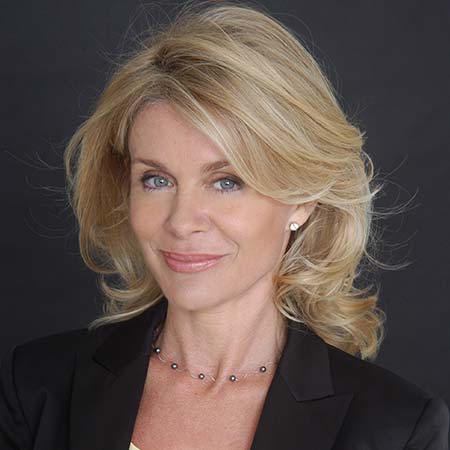 Denise DuBarry was an American actress, businesswoman, film producer, and philanthropist, and the co-founder of Thane International Inc, where she served as Chief Creative Officer for 15 years. As an actress, she has worked in various movies and TV shows and is best known for portraying Lieutenant Samantha Green, on the television series Black Sheep Squadron and CHiPs. Besides, she was a pioneer in the infomercial industry as a producer of Play the Piano Overnight in 1988, for which won the Billboard Music Award for Best Music Instruction Video.

Denise DuBarry was born on March 6, 1956, in Killeen, Texas, U.S. She was an American and belonged to the White ethnic background. She was born to Adrian Pierre DuBarry and his wife, Betty Louise (née King), at Fort Hood Army Base.

Her parents moved to Louisiana, where her father completed his master’s degree at LSU in Baton Rouge. Later, they moved to Honduras, Mexico, Guatemala, and Costa Rica, where DuBarry grew up from ages 2 to 10, learning to speak fluent Spanish.

Denise attended middle school and high school after her family moved throughout California, eventually settling in Granada Hills, California. She did not reveal regarding her further education.

Denise DuBarry's Career And Net Worth

She started working at the age of 18, working for her father in his paper export business, DuBarry International. She took acting lessons at night with Milton Katselas and Charles E. Conrad.

At the starting of her career, she worked for commercials such as Michelob Beer, Chevrolet Camaro and also worked as an extra in the kid's shows, Magic Mongo, Wonder Woman. She made an appearance on The Gong Show as a beauty contestant, "Ms. Hold the Mayo".

Besides her role as Sue in the TV series CHiPs and Nurse Samantha Green on Black Sheep, she has also appeared on a number of other programs including The Love Boat, Days of Our Lives, and Charlie’s Angels.

She was also the 1979 Academy Award-winning movie Being There. Her recent performances were in the movies Walk to Vegas, Do It or Die, Monster in the Closet, and KGB: The Secret War.

She is the co-founder of Thane International Inc., a direct response industry company along with her husband, Bill Hay. She served as its Chief Creative Officer for 15 years, from 1990–2005.

The actress and businesswoman had the net worth of around $2 million. Throughout her life, she has been active in various fields and successfully maintained such an impressive net worth.

Throughout her career, she has done big hits like Being There (Box Office: $16 million) and The Devil and Max Devlin (Box Office: $30.2 million).

Talking about the personal life of the late actress, well, she has been married twice in her life. She was first married to American actor Gary Lockwood in 1982, which ended in divorce in the year 1988. The former pair had a daughter Samantha Lockwood, who is also an actress.

She was then wedded to William Hay, an American businessman, in 1992. They had a longtime relationship but had no children.

She died at the age of 63, on March 23, 2019, at UCLA Medical Center, just 17 days after her birthday. Her husband Bill Hay confirmed the news after contracting a rare illness Candida Auris.