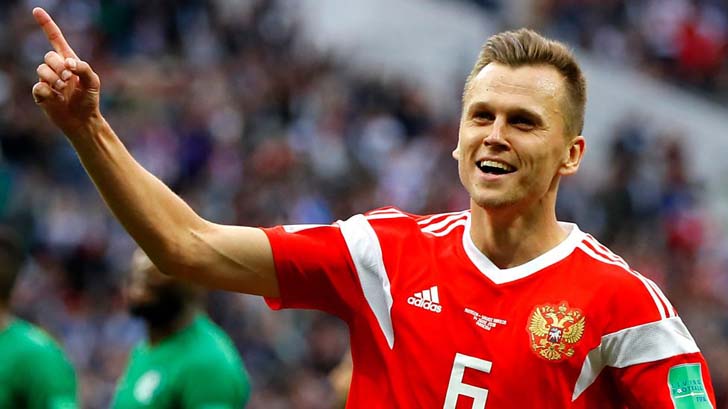 Having earned 45 caps scoring 23 goals in youth categories, he debuted for Russia in 2012. He was a participant at the 2018 World Cup scoring two goals in the opening match against Saudi Arabia.

He was born on December 26, 1990, in Nizhny Novgorod, Soviet Union. He is the son of Dmitri Cheryshev.

Cheryshev started his career from the Spanish side Real Madrid in 2002. As a junior, he appeared in nine Segunda División B games with Real Madrid Castilla in the 2008–09 season.

He currently plays for Villarreal CF and the Russia national team. He  signed a contract with Villarreal on June 15, 2016, until 2021.

Cheryshev debuted for the World Cup on June 14, 2018, as a substitute for Alan Dzagoev, midway through the first half of the group stage opener against Saudi Arabia in Moscow. He scored twice in a 5-0 victory of the team.

Cheryshev's Net Worth and Salary

Cheryshev's net worth is over $10 million at present as he earns over millions from his playing career. His current market value is €3 million.