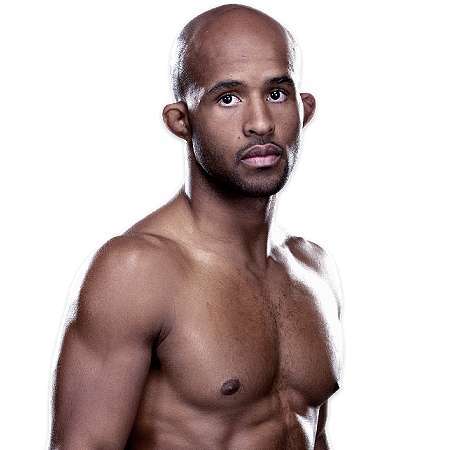 Demetrious Khrisna Johnson is a mixed martial artist of American nationality who is known best for his several fights and championships in the mixed martial arena. The shortest male fighter in his promotion, he is also known as one of the greatest mixed martial artists in the entire world. He was born on 13th August, 1986 to a deaf mother and he never knew his father.

Johnson’s childhood was a traumatic experience according to him as he grew up in a household with an abusive step-father and a deaf mother. Born in Kentucky two months premature, he however grew up in Parkland, Washington with his step father and mother. He attended the Washington High School and his interest in the field of athletics was ripe even at that age. He stood out in track, cross country and wrestling and was placed in 2nd and 3rd positions in his junior as well as senior years. He also competed in several State Championships in the fields of track and cross country.

His interest in the field of wrestling and martial arts grew to such an extent that he is now known as the best mixed martial artist in the world. He is the Flyweight Champion of the Ultimate Fighting Championship and is the first and the current one to hold the title. He also has made his name in his career by holding the longest active championship reigns as he has collected a total of 7 titles up until now. He is also known for taking the most number of takedowns in the history of Flyweight Championship and also the only UFC fighter who has had the record of 10 takedowns on three fights. Owning to his incredible skills in the arena, he has been called as one of the greatest mixed martial artists and is in the second position of the official UFC pound-for-pound rankings and number one in the UFC rankings.

As far as his personal life is concerned, he is a married man, there have been no information about his past relationships and he has never been speculated to be in an affair with anybody else except his wife. His spouse is named Destiny Johnson. They seem to be pretty much in love as Johnson has gone on to say that she is the best thing that has happened to him. After a brief affair, the couple got married on 11th May, 2012 in Hawaii. Their marriage is still going strong and they recently had a child on 2013. There have been no issues regarding problems between the couple which might lead to their split. The couple sure seems to be doing pretty well with their child and ill surely not be leading towards divorce.

Johnson, at the height of 5 feet and 3 inches is the shortest one in UFC. But his height has not been related to the huge amount of fan following and net worth he has accumulated. He has a net worth of 750 thousand dollars but his salary is unknown. His bio and other information are searched by all of his fans around the world.