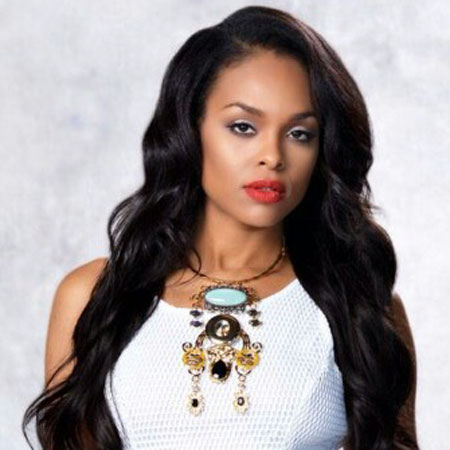 Demetria Mckinney is an American actress and singer, best known for her work as Janine Shelton–Payne on the TBS comedy sitcom Tyler Perry's House of Payne (2006–2012).

In 2009, she was nominated for National Association for Multi-ethnicity in Communications Vision Award for her comedy role in House of Payne.

Mckinney was born to parents of diverse descent. Her nationality is American, and she has mixed ethnicity.

Demetria McKinney went to a high school Fort Walton Beach High School for her early education, and later she moved to a college. McKinney obtained her degree from the college Okaloosa-Walton Community College.

Demetria McKinney had a very decent musical journey too. She rereleased a studio album, Officially Yours, and it managed to do very well in the market.

In the year 2011, McKinney released a single album, Get Yo … Ish and it became fans’ favorite just after the release. Other singles to her name include Take Away This Love, Work with Me, Trade It All, Easy and Unnecessary Trouble.

McKinney appeared in a television series, The Real Housewives of Atlanta from the year 2014 to 2015 and this show gave her fame a new height.

Later, McKinney appeared in many television series and movies including Saints and Sinners, Devious Maids, Drop Dead Diva and In The Meantime.

Demetria Mckinney has been in a relationship with Roger M. Bobb who a film producer, known for being the President and CEO of Bobbcat Films.

They have been in this love since 2016, and these days there is some rumors that they are about to get married and be each other loves husband and wife.

Previously, Mckinney was in long term relationship with her ex-boyfriend from whom she is the mother of a son born in January 1997.

Demetria McKinney has been very successful in her career, and she has been earning great money too. According to some sources, her net worth to be around $3 million.