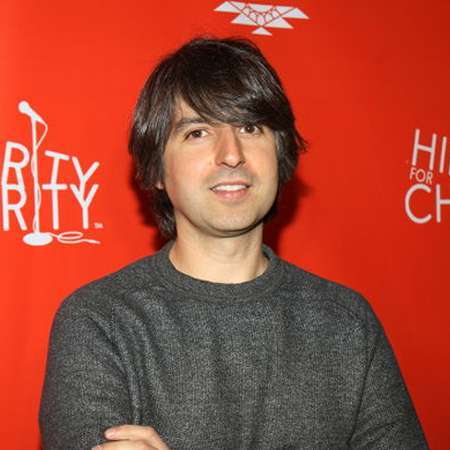 Demetri Martin is an American comedian, actor, artist and a musician. He is known for his stand-up comedy in his Comedy Central show “Important Things with Demetri Martin” as well as his contributions on “The Daily Show”. He is also known for Late Night with Conan O'Brien and Demetri Martin. Person. He was born in New York City, New York. He is a Greek American. He has a younger brother named Spyro.

During high-school, Demetri referred to himself as a nerd. He spent most of his school days studying his puzzle books and teaching himself a set of ‘useless talents’ such as juggling, riding a unicycle, and being ambidextrous. From the sixth grade, he ran for president or vice-president and won every year. After that, he went to Yale University and graduated in 1995. He then applied for Harvard Law School, but even after being accepted, he went to New York University School of Law, where he received a full scholarship. He withdrew from low school before the start of his final year, opting to persue comedy over finishing his Juris Doctor.

Martin quotes “I got into stand-up because I love stand-up. Specifically in stand-up, I love jokes. I love short, structured ideas and a punchline.” He began by performing at the Boston Comedy Club in New York. He worked at temp jobs, then become a full-time proofreader, do hundreds of stand-up shows, some comedy festivals, a couple of writing jobs, some screenplays, two pilot scripts, and about twenty minutes of Pilates

The world first caught Martin exquisite comedic talents when they first saw him on Comedy Central’s stand up showcase “Premium Blend”. In 2003, he won the Perrier Award with his show If I…. From 2003-04, he wrote for Late Night with Conan O'Brien. In 2005, he was credited as a contributor on The Daily Show. As of 2014, he is no longer a contributor of The Daily Show. In 2009, he hosted and starred in his own TV show “Important Things With Demetri Martin” on Comedy Central.

Martin has recorded a comedy album titled “These Are Jokes”. He has also starred in Fountains of Wayne music video for "Someone to Love", a video for the Travis single "Selfish Jean", the season finale of the HBO series Flight of the Concords, etc. He also likes to tour a lot to spread his comedic genius throughout America. More on his career can be found in his bio and wiki.

Demetri Evan Martin was born on 25th of May, 1973. He was born to Greek Orthodox priest Dean C. Martin and nutritionist Lilian Martin. He grew up in Toms River on the shores of New Jersey with his family, including his younger brother Spyro.

Demetri’s family had a seasonal small business by the shore. He worked there from the age of eleven. He loved surfing, skateboarding and solving puzzles. After conjuring their life savings together, they opened up a diner, where Demetri waited tables. He was the leader of his church GOYA (Greek Orthodox Youth Association). He had a great ability in public speaking, just like his father. As a child, he used to watch Pink Panther and was a fan of Gary Larson and comedian Steve Wright. His father, who passed away in 1994, was also a fan of comedy, a fan of names such as Bill Cosby.

Martin had a short-lived marriage with a woman named Jen, who began dating him after high school. They got divorced and on June 1, 2012, he married his long-time girlfriend Rachael Beame. Martin is also extremely allergic to nuts.