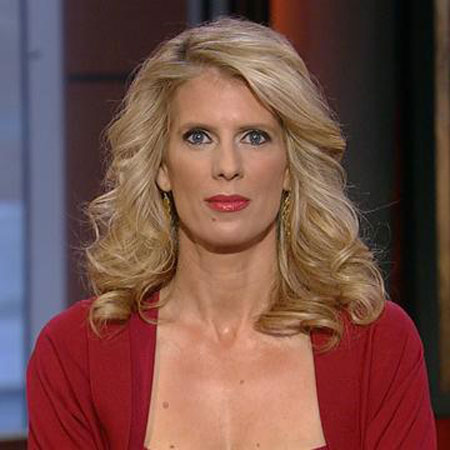 Deirdre Imus is an American author, radio personality, and staunch health advocate. She is the founder and president of the Deirdre Imus Environmental Health Center. Besides, Coleman is an active member of Hackensack University Medical Center (HUMC) in New Jersey, United States.

Talking about her personal life, the accomplished author Coleman was previously married to the late American radio and television personality, Don Imus. They had one son, Frederick Wyatt.

Deirdre Coleman Imus was born on August 4, 1964, in Waterbury, Connecticut, United States. She belongs to American nationality and holds a White American ethnicity. She completed her graduation from Villanova University.

Imus is Roman Catholic. She went to Villanova University for her education and she achieved her degree from there. She is very influential and very hard working.

Deirdre Coleman Imus is the current president of the Deirdre Imus Environmental Health Center and it is a joint venture of a part of very prestigious HUMC.

HUMC stands for Hackensack University Medical Center. She is not only the president but also the founder. Not only this, but she is also the current co-director of Imus Cattle Ranch for Kids with Cancer.

She has never backed away from her social duties and people love her for that. Her two books have been out till now and one of them is The Imus Ranch: Cooking for Kids and Cowboys. Greening Your Cleaning is another book of hers.

The exact amount of Deirdre Imus's net worth is still under review. But, talking about her late husband Don's net worth, he owned $75 million at the time of his death according to celebrity net worth.

As of 2013, the value of his waterfront mansion is around $13.5 million. It is located in Westport, Connecticut.

The veteran TV personality signed a five-year contract with WABC worth $40 million, in 2007.

Deirdre has released a number of books like The Essential Green You: Easy Ways to Detox Your Diet, Your Body, and Your Life Deirdre Imus released on 30 Dec 2008. It is priced at $14.53 for Kindle and $11.99 for Paperback on Amazon.

Deirdre Imus married radio host and humorist Don Imus in 1994. The couple was together until her spouse Don's death on December 27, 2019, at Baylor Scott & White Medical Center - College Station.

The couple is also blessed with a son named Frederick Wyatt Imus, born on 3rd July 1998. Don also had three other children from his previous marriage with Harriet Showalter.

Deirdre and her later husband Don founded the Imus Cattle Ranch for Kids with Cancer, a working cattle ranch near Ribera, New Mexico. The non-profit entity helps children with cancer and siblings of SIDS victims.

They used to split their time between their three residences, one in Manhattan, another in Westport, Connecticut, and the last one in Ribera, New Mexico.