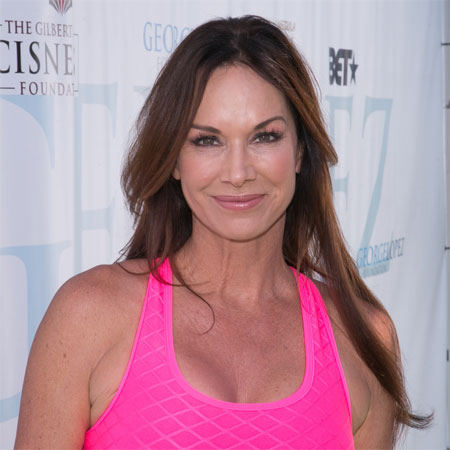 Debbe Dunning is an American actress, spokesperson and popular a model as well. She is widely recognized as Louise, the "Run for the Border Girl" in a series of Taco Bell commercials. She was married to American volleyball player Steve Timmons from 1997-2018. The couple share three children; a daughter, Spencer Schae (born 1996), and two sons, Stoney (born 2000) and Sysco (born 2008).

Debbe Dunning was born on July 19, 1966, in Burbank of California in America. She got a chance to get grow up with her entire family. Her father name is Bob Dunning and her mother name is Diane Dunning. She was a bit of pampered child as she was the only children to the Dunning couple.

During her childhood, she was really fond of dolls. She got her graduation from John Burroughs High School which coincidentally happened to be the same college her parents got graduated 20 years earlier. During her early days in her school she was Homecoming Queen and later in college she was one of the stunning cheerleaders.

Dunning started her career as a model after she was signed by Judith Fontaine Modeling and Talent Agency in Los Angelos. She was seen primarily in some Miller Beer Advertisement and Foot Locker was her first TV advertisement.

Dunning also did some advertisement for Ford. She is very popularly known for her role as Tool Assistant in the series “Tool Time Girl”. When she was 18 she in local concourse named “Miss Burbank 1984” and she even won the title at such an early age winning very talented and beautiful participant.

Dunning explains that the main reason behind she participated the contest was that she really felt she wanted to be a model from her deep heart because she grew up playing cute dolls and she always compared her with dolls.

Apart from being a model, Dunning has already contributed in various films like Dangerous Curves, Married. With Children, Home Improvement, Tales from the Crypt, Off the Camera with Dean Cain, The Misery Brother, Spring Break Blast, Now you Know, Wicked Games and The Last Guy On Earth.

Dunning received national exposure as Louise, for the "Run for the Border Girl" in a series of Taco Bell commercials. She has also been working as Spokesperson for Breast Enlargement Drink. She has won the TV Land Fan Favorite Award.

Debbe Dunning's net worth is $4 million at present. She has earned a decent amount of salary from her career.

She has played Heidi Keppert, the "Tool Time girl", on the ABC sitcom Home Improvement and had guest-starred in an episode of the show in an earlier season. She has also appeared on 1988's Dangerous Curves and the American Gladiators Celebrity Challenge.

Dunning dated Steve Timmons since 1998 and later got married to the same guy. Steve Timmons was a very popular basketball player of the time. The couple is blessed with three children.