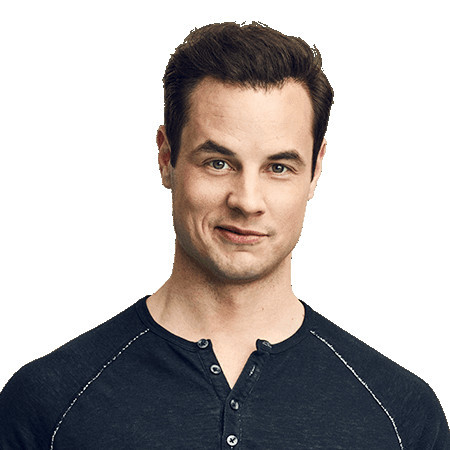 Dean Sheremet is an actor of American nationality probably known best for being the ex-husband of the famous singer LeAnn Rimes. Apart from his film credits, he rose to fame particularly after it was found that his wife had been cheating him with another man. The affair made him well talked about in the tabloids. He was born on 9th of December, 1980. His bio and career details, which are not much known, are searched by people all around the world following the scandal between him and his wife LeAnn.

Dean was born in Dearborn, Michigan, USA as Dean Allan Sheremet. It has been known that Dean had an interest in cooking since a very small age. He thus pursued his talents and interest in the field and became a chef later. He also got a stint in acting. Dean’s acting credits include appearing on 2001 in Not Another Teen Movie, on 2003 in The Annual American Music Awards and on 1999 on Undressed. Now, he resides in Nashville, Tennessee and is a chef in the Nougatine at Jean-Georges which is situated in New York. He has also been working on opening his very own cooking show.

Dean has been well talked about, particularly due to his affair to singer LeAnn Rimes. The couple met at the Academy of Country Music Awards on 2001. He was chosen as a backup dancer in Rimes’s hosting of the Award show. They fell in love and after a year’s affair, got married on 2002. The couple has a successful marriage for seven years after which problems arose when there was news coverage of extra-marital affair between Rimes and actor Eddie Cibiran. Eddie and Rimes met on the sets of Northern Lights and fell in love. This news, which was widely covered by the tabloids, also rose into fame Brandi Glanville, the wife of Cibrian at the time. The adultery led to Brandi filing for divorce with his husband and the divorce of LeAnn Rimes and Dean Sheremet was also finalized shortly afterwards. This issue and scandal was made hugely popular in the news thus leading to the widespread popularity of Sheremet. After the divorce, Dean started a relationship with photographer Sarah Silver. The couple started dating on 2009. After a two year affair, the couple got married on August, 2011 and they have been together since. Despite the marriage to women, Dean has constantly been surrounded with rumors of being gay and this too has led to several fights and feuds in the social media regarding this matter. He has never had any children yet and his spouse seems to be happy being with him as of now.

Dean Sheremet has been known to have a net worth of 2 million dollars. His actual salary however is not known.