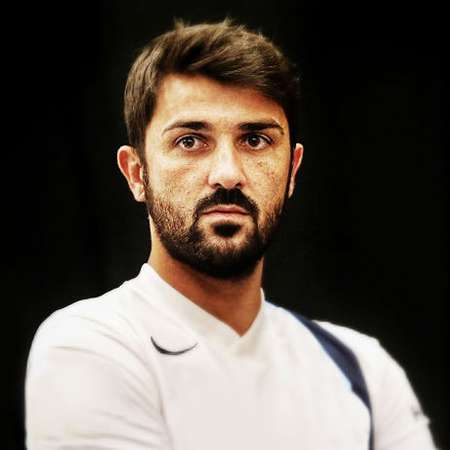 David Villa Sanchez, a great striker who is Currently playing from the Atletico Madrid as a Forward. Villa is also in Spanish national team.

David Villa was born on Dec 3, 1981, in Tuilla, a small village in Langreo, Asturias, a region in northern Spain. He was born to Jose Manuel Villa who is a miner. Born in Tuilla and brought up in the gentle but hard working province of Asturias, ´Guaje´ as he is affectionately nicknamed in the football world, spent his childhood attached to football. Villa is one of the most feared strikers on the European stage and for both club and country has become a pivotal player.

David Villa Sanchez started his football career with UP Langreo and when he was 17 he started playing for Mareo football school. David Villa attracted attentions of Asturian teams. He got his first club breakthrough from his country's one of the good clubs in 2000-2001.

He scored 25 goals in two seasons which made a good impact on other clubs manager. He was signed by new club named Real Zaragoza in season of 2003-2004. He scored 17 times for Zaragoza in one season. He got a great success from Zaragoza and consequently he was called by one of the most top Spain club Valencia.

After prolific spells with Sporting Gijon and Real Zaragoza, he joined Valencia in 2005 and elevated himself to the top of the game with consistently excellent displays and bags full of goals. He played for Valencia till 2009 season. On 19th may Villa signed four year agreement with Barcelona Football Club .

He played his first game in La Liga for Barca on 29 August 2010. He suffered a bad broken leg at the 2011 Club World Cup, but came back strong and continues to be one of the best around. Villa is a consummate finisher.

His clever movement, excellent touch and deadly aim allow him to exploit any chances granted to this most resolute and determined of characters, but he also selflessly contributes with a number of a s sists. Both a great goalscorer and a scorer of great goals, Villa is a versatile player who can perform out wide, in behind the forwards or as a lone striker.

A goal in a friendly against England in February 2009 saw him set a new record by becoming the first Spanish player to score in six successive games for the national side and it will not be too long before his name supplants Raul's as the country's all-time leading scorer.

Having never played for one of football's elite clubs, Villa made a €40 million move to Barcelona before the 2010 World Cup; just reward for years of hard work. His team Barcelona has already lifted the UEFA Champions League and UEFA Super Cup. David Villa has become an idol for many football fans. His market Value is 10,000,000 Euros. David's annual salary is 7 million Euros.

David Villa is married to Patricia Gonzalez since  2003. Patricia Gonzalez is his childhood sweetheart who had also been a footballer in her teenage years. The couple has three children namely: Zaida, Olaya, and Luca.

Zaida and Olaya are named after the wife of Fernando Torres, who is a close friend of Patricia. Villa is actively involved with the campaigns of the UNICEF charity. Beginning in July 2008, a "David Villa Camp" is held annually, where children receive training from professional footballers. Villa also participates in a training session with the children. He is 1.75 m tall.

Quotes for David Villa: "David is an amazing player - he has mobility, he scores goals and is brave. I would love to have him in my team at Arsenal. He'd be amazing in the English league." Spain team-mate Cesc Fabregas, June 2008.