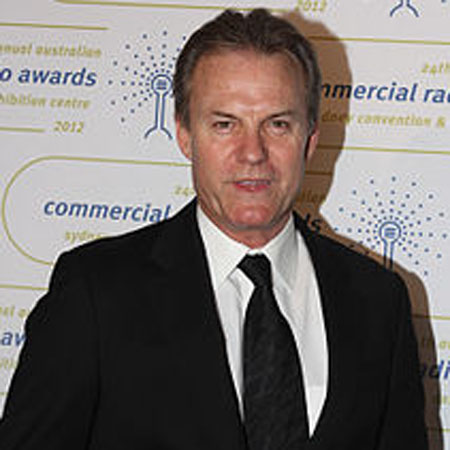 David Nicholas Reyne was born on 14th May 1959 in Lagos, Nigeria. He is a musician, actor, radio and also a television presenter.

His father was an English diplomat. He was brought up in Mount Eliza. He has two siblings named Elizabeth Reyne and James Reyne. David is of an Australian nationality and of white ethnicity.

David Reyne attended The Peninsula School I Mount Eliza. In the year 1978 James, David’s younger brother founded a rock band named Australian Crawl. He joined the band to fill the role of his brother and worked there for ten months.

David Reyne joined Cast Under Pressure band in the year 1984 as a drummer. After that, for four years from 1986 to 1990, he was in the band Chantoozies. Along with Simon Hussey for Cats Under Pressure, he co-wrote ‘Let Me Be’ and ‘Polar Notch’. The latter was covered by an Australian singer named Daryl Braithwaite. David has also sung backing vocals with the Chantoozies.

In the year 1983, David Reyne began his acting career from the film named ‘Skin Deep’. In the film, he has a minor role. in the TV Week Logie Awards in the year 1985, he won the 1984 Best New Talent Logie award. For his work as the Martin Kabel in the ABC series named ‘Sweet and Sour, was’ he has won the award.

David Reyne has as well worked as a television presenter. From the year 1992 to 2006 he has worked as a reporter for a travel show named Getaway. Alongside Grimshaw, he has also co-hosted a program Midday in 1995. David signed with the Network Ten after leaving the Getaway. There he co-hosted the new morning show named 9 am with David and Kim along with Kim Watkins.

To host the program Wind Down David Reyne joined the smoothFMtin Sydney and Melbourne in the year 2012. The show aired from 8 pm to 12 am on weekdays. The contract with the station ended in 2013 March.

David Reyne is married to Karina Loscher in the year 1994. They dated for 7 years and were together since 1987. The couple has two children together. Their first child Hunter Reyne was born on October 16, 1995, and daughter, Eva Sunny Reyne, was born in 1999.

The couple resided in Melbourne's St. Kilda for many years until 1997 where Karina had her own flower shop and was also an interior designer. Later, they bought an old farmhouse south of Mooroduc, Mornington Peninsula, Victoria. His wife, Karina currently works at a local winery.