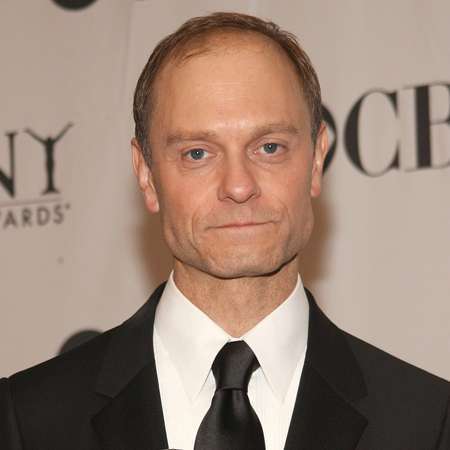 David Hyde Pierce is an American actor, director, and comedian. He was born on 3rd April 1959 in Saratoga Springs, New York. He is famous for his role in NBC's Frasier as the psychiatrist Dr. Niles Crane, for which he won four Primetime Emmy Awards. He has most recently appeared in The Good Wife as Frank Prady and Wet Hot American Summer: First Day of Camp as Henry Newman.

Pierce's father, George Hyde Pierce was an actor and his mother, Laura Marie was an insurance agent. Both his parents are deceased. He is the youngest of his siblings. He has two older sisters, Barbara and Nancy, and an older brother Thomas. He used the middle name Hyde so as to not be confused with another actor, David Pierce. As a child, he was extremely interested in music and very enthusiastic about playing the piano. He also used to play the organ at his local church, Bethesda Episcopal Church.

Pierce's love for drama started in high school. Upon his graduation in 1977, he received the Yaddo Medal which is to honor academic achievement and personal character. While attending the Yale University, he decided to study classical piano but later found himself getting bored of the lessons. After admitting to himself that he wasn't dedicated enough to practice, he returned to drama and graduated in 1981 with a double major in English and Theatre Arts.

After graduation, Pierce moved to New York where did several jobs like selling ties, working as a security guard and acting in theaters. During that time, he pursued his acting career and studied in Michael Howard Studios. He made his Broadway debut in 1982 in Christopher Durang's Beyond Therapy. His first big television break came in the early 1990s with Norman Lear's political comedy, The Powers That Be. He played the role of Theodore, a Congressman.

For his role in Frasier, he has been awarded four Primetime Emmy Awards for Outstanding Supporting Actor in a Comedy Series during the show's run. A complete discography can be found in his wiki and bio and we can see some of his clips from his performances on YouTube.

He has a net worth of 30 million dollars and his salary while on Frasier was around $942000 per episode. He has a cleft chin and a distinctive mellow voice.

After years of speculation in the media about his sexuality, Pierce revealed that he was a homosexual. Being gay, he later confirmed that he and Brian Hargrove, a writer, director, and producer, were a couple. They got married on October 24, 2008, just days before same-sex marriage was banned in the state. On May 28, 2009, he publicly announced his marriage to Hargrove. He only has a family of two as they haven't adopted a single child.