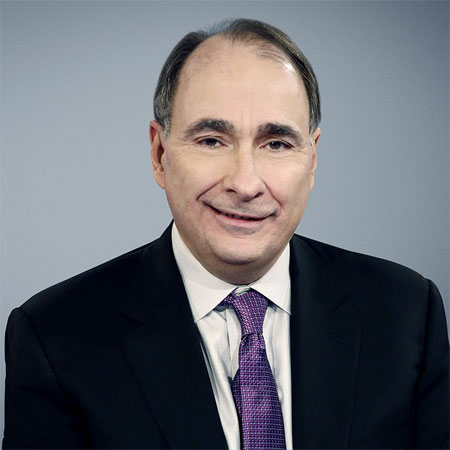 Born on 22nd February 1955, David M. Axelrod is an American political analyst as well as a political operative. He is best known as the Chief Strategist for the presidential campaigns of Barack Obama.

He grew up in Stuyvesant Town area of New York city. He is from a liberal Jewish family. His mother Myril Bennett was a journalist and his father Joseph Axelrod was a psychologist.

David attended Public School 40 which is located in Manhattan. He completed graduation in the year 1972 from the Stuyvesant High School in New York. Followed by that, he has majored in Political Science from the University of Chicago.

After the graduation, he was hired by Chicago Tribune. David became a political columnist as well as the City Hall Bureau Chief for the paper. He worked for eight years old and covered local, state and national politics.

He became the youngest political writer in the year 1981. Later, in the year 1984, he joined campaign of US Senator Paul Simon as communications director,

In the year 1990 January, he was hired for the campaign of Oregon Governor for Neil Goldschmidt to be the media consultant. But he said that he would not seek re-election. In the year 2004, he worked for the presidential campaign of John Edward.

On 20th November 2008, David was declared as a Senior Advisor to the administration of Obama. His role was to communicate the President’s message in coordination with President Obama and crafting the policy.

At the University of Chicago David established a bipartisan Institute of Political in January 2013. In the same year on 19th February, he joined MSNBC and NBC News as a senior political analyst. Until September 2015 he held the position and then moved to CNN.

David is the founder of ASK Public Strategies as well as AKPD Message and Media.  In September 2015, he joined The Axe-Files as a senior political commentator.

He got married to Susan Landau in the year 1979. His wife is a co-founder of the Citizens United for Research of Epilepsy.  He first met his wife at the University of Chicago where she was a business student. The couple has three children named Lauren, Michael, and Ethan.

By his hard work, he has earned and built a good living for him as well as his family. The estimated net worth of David is $3 million.