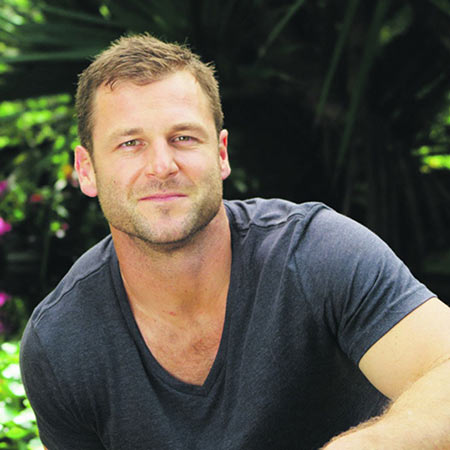 Dave Salmoni is a Canadian entertainer, animal trainer, television producer, and entertainer. He also has his own production company, Triosphere, which is based in South Africa. Similarly, he has also specialized in wildlife films.

Dave Salmoni was born on 4 September 1975 in Sarnia, Ontario, Canada. His father was a chemical engineer and mother was a competitive figure skating coach. Salmoni went to study zoology at the Laurentian University in Sudbury, Ontario and was also certified in Chemical immobilization of wildlife. He wrote his undergraduate thesis on tracking the hibernation of Canadian black bears.

In 1998, Dave Salmoni began his career as an animal trainer at Bowmanville Zoological Prak. However, he left Canada for South Africa as a part of the controversial Tiger ‘rewilding’ project in 2000. At that time, he was attacked by one of his trained big cats named Bongo.

Dave Salmoni has also produced and hosted several television documentaries including ‘Sharks: Are They Hunting Us?’ , ‘Into the Lion Den’ both for Discovery Channel and also ‘Living with Tigers’. Dave has also starred in the show ‘Animal Face-off’ as an expert and a host. Currently, he produces and hosts the Discovery Channel show ‘Rogue Nature’ along with that ‘Into the Pride’ and ‘After the Attack’ on Animal planet.

Dave Salmoni has also been criticized by credentialed research biologists for his theatrics which is an effort to make more entertaining television at the expense of wild lions. According to them, it is not appropriate to use wild animals as a source of entertainment but Dave argued that he was not using wildlife for entertainment.

Dave Salmoni was in a relationship with Comedian Chelsea Handler. She even announced on her talk show that she was dating Animal Planet star Dave but their relationship could not last long and they broke up. Later, he started dating actress Bonnie Somerville in 2009. The couple began dating around the time when he was featured as ‘People’ magazine's Sexy ‘Man of the Week’. The pair is still in the relationship and looks very happy together.