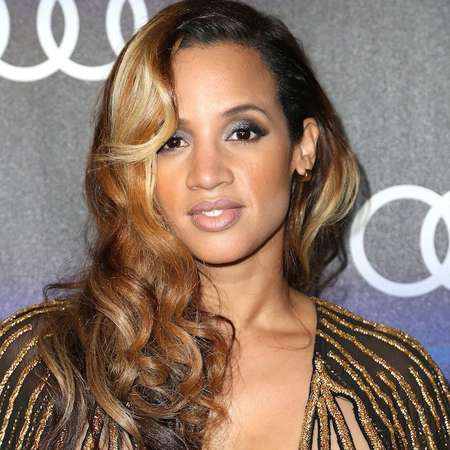 Dascha Polanco is one the leading actress in the field of acting. She came to limelight and grabbed huge attention following her role on the Netflix series Orange Is the New Black. She is also mostly known for her work on The Assassination of Gianni Versace: American Crime Story. The actress has also landed many breakout roles in movies like The Perfect Match and MFKZ.

Dascha Polanco was born on 3rd December 1982. Polanco belongs from the Dominican Republic who is popular being as a Dominican American Actress. She during her early childhood moved to the United States and permanently started living over there.

Polanco spent her childhood in Miami and Brooklyn of New York along with her two siblings a brother and sister. She has been actively working within the entertainment industry from the past year 2011. Her father was professionally working as a mechanic. Her mother was a cosmetologist; she was highly raised up by her mother.

Dascha Polanco is known by her remarkable performance in Orange Is the New Black where she made a wonderful presence as a character of Dayanara Diaz. From an early age, Polanco was highly influenced by the film industry and aspired to be an actress.

Later, during the very beginning, Polanco started working within the healthcare industry. It was because she was planning to be a nurse for the very first time. The actress grabbed huge attention following her role in one of the most viewed TV series Orange Is the New Black sharing the credits along with Taylor Schilling, Laura Prepon, Michael Harney, and Michelle Hurst.

Dascha Polanco personal life is very private. She has a very low profile within the social sites as well as she is seen very rare facing the public. She is very conscious about her words she speaks this also might be the reason for her absence among making the reaction upon her fans. There is no current statement about her affair or boyfriend with whom she is having her dating.

It has been reported that the actress Polanco ended her six years of engagement to a mystery a fiance. She is likewise reportedly engaged as of now but the information regarding his boyfriend is still unknown. They met  at the Dominican Day Parade and she also said that he is a “good-hearted man.”

Polanco became a mother at the young age of 18 after she gave birth to a daughter. She welcomed her second child, a son after a couple of years. Her daughter, 18, Dasany Kristal Gonzalez is also an actress who played a 14-year-old version of Polanco's role on the fifth season of "Orange Is the New Black. She is taking the responsibility of two children. She is now very busy and focused with her progressive professional life and along with this spending her time with her children in her care and protection.

Polanco has not mentioned anything about her current married life, child and even about her current spouse that she is having. She is more focused on her career and mostly ignores these terms of questions that are often asked by the public towards her.

Polanco loves spending most of her time with her children’s during her free time and also loves traveling with them within and outside the cities.

Dascha Polanco's Height And Other Facts

Polanco is 5 feet 5 inch tall in her height with excellent maintained weight. She looks young energetic and beautiful with her sexy curves and long legs that adds beauty upon her presence.