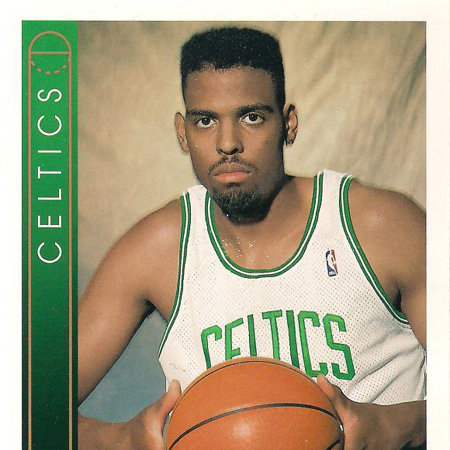 Darren Keefe Daye was born on 30th November 1960 in Des Moines, Iowa, United States where he spent most of his childhood days.

Darren attended the John F. Kennedy High School located in the Granda Hills District of Los Angeles, California. While in Kennedy, he was a guard-forward in basketball. He played basketball really well and went on to attend UCLA in 1979 and admitted himself to playing for UCLA as well. He graduated in 1983 from UCLA. In the same year he was picked in the third round and was 57th pick overall by the Washington Bullets for the 1983 NBA draft. Darren became the Most Valuable Player of the 1979 McDonald’s All-American Game. He played for the West Team and made a record of double-double, 22 points and 14 rebounds. However it did not lead to West’s victory because they lost by one point. From 1983 to 1986, Darren played for Washington Bullets and later in 1986 signed to Chicago Bulls. However the contract did not last long and Darren went on to play for Boston Celtics till 1988. He later decided to play overseas and thus signed with Scavolini Persaro in Italy, playing from 1988 to 1992. He left Pesaro in 1992 and began playing for Mens Sans Siena in Italy. He played there till 1994 before signing with Hapoel Galil Elyon in Israel. In 1995 he left for France and joined Pau-Orthez for which he played till 1996. Finally he went back to Israel and played for Maccani Rishon LeZion till 1997 which marked the end of his NBA career. He played excellently both in America as well as overseas. He is thus liked internationally for his basketball skills. He is however remembered as the player of Boston Celtics mostly by people.

Darren married Tamara Daye with whom he has a son named Austin Daye. The couple have spent beautiful long years together and there have been no reported disputes till date. Darren’s Son Austin previously played for Gonzaga University Men’s basketball team. He was picked in the first round of 2009 NBA Draft as the 15th pick by the Detroit Pistons. He has won an NBA championship with the San Antonia Spurs in 2014 NBA Finals after defeating the Miami Heat. Austin too, like his father is appreciated a lot for his basketball abilities and is considered a leading basketball player. Darren’s wife Tamara is suffering from multiple sclerosis which is a chronic progressive nerve disorder that occurs when the insulating layers that surround the neurons in the brain and the spinal cord are destroyed. This disease affects the movement of the body of the patient. However, she receives a lot of support from Darren and Austin.

Darren is currently 54 years old but looks fit and dine. He stands tall at the height of six feet eight inches and weighs 100 kgs. Throughout his basketball career, Darren has been appreciated a lot and has accomplished a lot. He participated in the FIBA Under 19 World Championship in 1979 Salvador Men’s Basketball, representing United States of America and won a gold medal.