American actor Darren Barnet rose to fame after appearing on the Netflix series Never Have I Ever. The actor has been in the entertainment industry since 2011. He has appeared in various television series including Turnt, Marvel's Agents of S.H.I.E.L.D, and Criminal Mind.

Barnet is the second child of Charles D. Barnet Jr. He also with his mother and elder sister Jen Barnet moved to Suburbs of Orlando, Florida, while he was just 12 years old. He also has a younger half-sister Emily from his mother's second marriage.

He completed his high school form Dr. Phillips High School in 2009. He graduated from Berry College with a Bachelor of Arts degree in 2013. While he was in college he appeared in a short film.

Darren Barnet started to work as an actor from the short film Storage in 2011. However, he started his professional career from the television series Loosely Exactly Nicole in 2016. The following year, he appeared in television series such as  This Is Us, Criminal Minds, S.W.A.T., and Simi Valley.

In 2018, he got his major role in the series Turnt. He appeared on the show alongside  Madeleine Byrne, Donald Clark Jr., and Jared Scott. The same year, made his feature film debut in InstaKiller. He has also notably worked as a writer and actor in the short movie Gla s s. 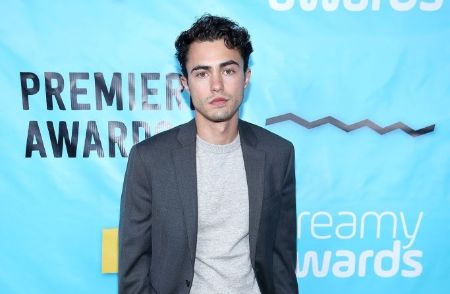 His breakthrough role was in the 2020 television series Never Have I Ever in which he appeared alongside Maitreyi Ramakrishnan and Poorna Jagannathan. He also appeared in Marvel's Agent Of S.H.I.E.L.D in 2020. He will be seen in the upcoming feature film American Pie presents: Girls' Rules.

Estimated Net Worth of $650 Thousand

Darren Barnet has collected a good amount of fortune from his film and television career. According to walikali.com. he has an estimated net worth of $650,000, as of 2020.

He worked in many television series and movies till now. Barnet has not disclosed how much money he earns per year but as per the report, the average annual salary of an actor in the United States is around $50,000.

Darren Barnet is neither married nor dating anyone at present. However, he was previously in a relationship with Ca s sie Maynard. The former couple started dating in 2014 but after three years of togetherness, they called it quits in 2017.

Following his split with Maynard, he started dating model Ali Rose in 2018 but just after one year of dating, they also parted ways.