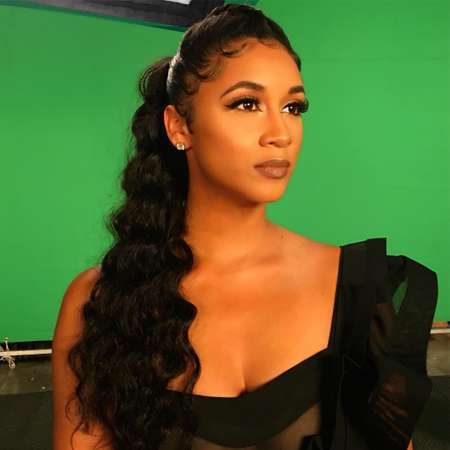 Darnell Nicole is a model, actress, and TV personality. She is recognized for her appearance as a cast member of the E! television series "WAGS Miami."

Darnell Nicole was born on 18 March 1985 in Lake Charles, Louisiana. Her parents separated while she was a child. Later she moved to the Texas border to Beaumont while she was in the third grade.

During her childhood time, Nicole found her pa s sion for the arts. So her parents rolled her into piano lessons and acting cla s ses. She was later sent to dancing cla s ses as well. Additionally, Nicole also learned Jazz, Ballet, Modern, Lyrical Dance and Hip Hop.

Darnell joined the Clark Atlanta University and graduated four years later, achieving a Bachelor of Science in English in 2007.

Darnell Nicole's Career started as a choreographer for Atlanta-based play production, within no time she also booked multiple commercials and some movies including a lead role in Kiss the Bride along with Darren Henson, Reagan Gomez, and Persia White.

Darnell Nicole got engaged to her long-time boyfriend, Reshad Jones on 5th April 2016. The couple stayed in a living relationship for few years. On 13 September 2013, the couple got blessed with a baby daughter named Cree Jones.

The couple met for the first time when Darnell was with her friends in Atlanta, as Jones approached Darnell.
The couple fancied their romance before Nicole moved to New York City.

Jones went on to Miami Dolphins; meanwhile, Nicole would continue to achieve her dreams in New York City. The football player Reshad Jones and Darnell Nicole later got separated in 2016.

They haven't revealed the reason behind their separations, whereas Nicole seems a bit heartbroken.  But now she is focused on her career being and bringing up her daughter as a single mother.

Darnell Nicole earns a good amount of money from her modeling, acting career which adds up to her current net worth of $ 250,000. Most of her income source comes from her shows, films, and her clothing line.