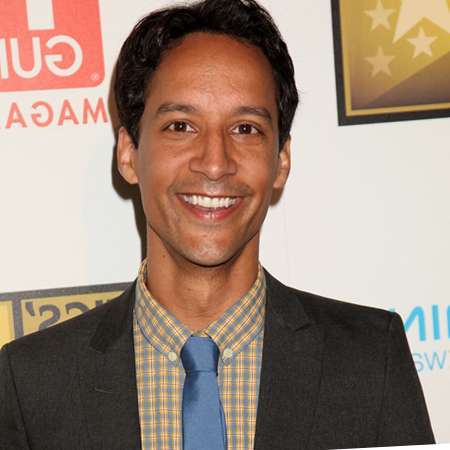 Daniel Mark Pudi known by his stage name Danny Pudi is an American comedian and an actor, best known for his role in comedy series, Community.

Danny Pudi was born to Teresa and Abraham Pudi in Chicago, Illinois, on 10 March 1979. His mother is Polish and worked as a programmer and analyst and his father is Indian.

Pudi grew up on Chicago’s south side with his mother and grandmother speaking polish as well as studied on the south side, Notre Dame College. He is a graduate of Marquette University in Wisconsin in Communication and also in Theatre in 2001.

He was the first to win Chris Faley Scholarship, later attended The Second City in Chicago.

Before moving to Los Angeles, he was a recruiter for an executive search firm to seek for the roles in films and television for his career. He attended many auditions and performed in many television pilots before being cast in the TV series, Community.

Pudi has appeared in many TV advertisements for products like McDonald’s, Pokemon, Snickers, T-Mobile and Verizon.

He appeared on GSN’s version of The Pyramid as a celebrity contestant. In 2006, Pudi appeared in TV series like ER, Gilmore Girls, and The West Wing. In 2007, he appeared in short film called Cop Show. From 2007-2008, he appeared in Greek.

In 2008, Pudi appeared as Josh in The Bill Engvall Show. He was cast in the comedy film, Road Trip: Beer Pong as Arash in 2009 which received many negative comments. The same year she appeared in Nilam Auntie: An International Treasure.

From 2009-15, Pudi showed up in TV series called Community. From 2010-2012, he starred in many films like Blowout Sale, Fully Loaded, Hoodwinked Too! Hood vs. Evil, Leader of the Pack, The Guilt Trip and Flatland2: Sphereland.

Pudi also had a guest appeared in an American sitcom, Hot in Cleveland and Royal Pains. He starred in a music video titled, The Understanding for the band, Jones Street station.

In 2014, he had cameo roles in Captain America: The Winter Soldier. He also directed a documentary named Untucked. The same year, he also appeared in Randy Cunningham: 9th Grade Ninja.D

Danny Pudi is married to Bridget Showalter on 5th June in 2004. The couple first met while attending Marquette University. They have twins together, a daughter named Fiona Leigh and a son named James Timothy were born in January of 2012. He seems very happy with his wife and children.

Danny is a sports person and loves to play basketball. Pudi likes to play the characters given to him in an honest and personal way. In one of his interview, he said that he is very thankful to have so many seasons of his show.

Danny Pudi is an athlete and has completed several marathons.

Pudi stands 6 feet tall and weighs 70 kg. His estimated net worth is around $3 million dollars, as we can clearly assume that he earns good amount of salary.