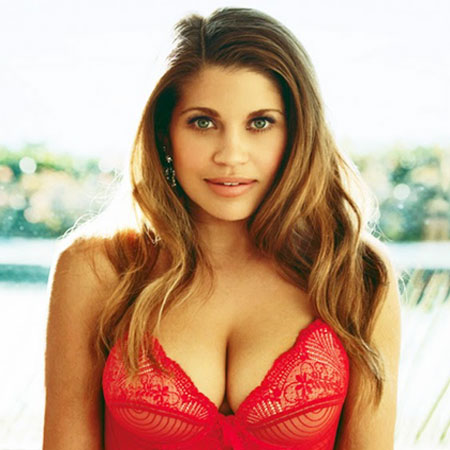 Danielle Fishel is an American actress, television personality, and author. She is famous for her appearances in the 1990s teen sitcom Boy Meets World.

Danielle Christine Fishel was born on May 5, 1981, in Mesa, Arizona. Her mother Jennifer was a personal manager, and Rick Fishel, a medical equipment sales executive. She is an American of white ethnicity.

She is of half Maltese descent. The family relocated to Yorba Linda, California when she was three weeks old. She has one younger brother, Christopher. She graduated from Calabasas High School in 1999.

In 1991, the then-10-year-old Fishel was discovered in a community theater where she performed in two productions, The Wizard of Oz and Peter Pan. She quickly moved on to do voice-overs and commercials, including several as a Barbie Girl for Mattel.

Soon after, she appeared on two episodes of the hit show Full House, guest starring as a character named Jennifer. She also had a small role on Harry and the Hendersons, playing Jessica. Fishel's mother became her full-time manager.

In 1993, at the age of 12, Fishel began her well-known role as Topanga Lawrence on ABC's pilot series Boy Meets World. Originally written as a small part, Topanga became a recurring role. After a successful first year, Fishel became a show regular.

In 2003, Fishel co-hosted Say What? Karaoke on MTV for one season. From August 2008 to March 2011 Fishel hosted The Dish for the Style Network, which satirized pop culture in a format similar to sister network Entertainment Television's The Soup. Fishel was also on Fuse TV as host of The Fuse 20 and was a guest star on the round table on an episode of Chelsea Lately. Beginning in 2012, Fishel became the host of MSN TV's Last Night on TV.

In 2006, Fishel appeared as a guest on The Tyra Banks Show where she discussed her dramatic weight loss with the use of the Nutrisystems Diet. Following her appearance on the show, Fishel became a spokesperson for NutriSystem. She also became a special correspondent for The Tyra Banks Show, starting in early February 2007.

It has been reported that Fishel dated her Boy Meets World co-star Ben Savage. However, in a 2013 interview with Maxim, Fishel revealed that this was only a rumour that she accidentally started during an appearance on The Tyra Banks Show—in fact, she and Savage only went on one dinner date as teenagers, and "by the time the dinner was over we realized mutually that we were more like family than lovers."

She dated former 'N Sync member Lance Bass from 1999 to 2000, and he was her date to her high school prom. In 2007, Fishel was arrested in Los Angeles County on a drunk driving warrant.

At age 27, Fishel began attending California State University, Fullerton (CSUF), graduating in 2013. During her university studies, she became a math tutor, leading her to meet fellow student Tim Belusko. After over three years of dating, she became engaged to Belusko in May 2012. They married on October 19, 2013, in Los Angeles.