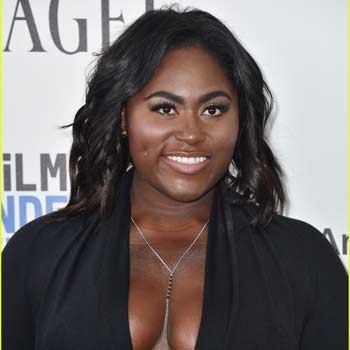 Orange is the New Black fame actress Taystee Jefferson aka Danielle Brooks is one of the versatile Hollywood actresses. She has earned three Screen Actors Guild Awards and Young Hollywood Award for her performance in the series. She is also known for her Grammy-winning role, Sofia in the Broadway production of The Color Purple.

Danielle Brooks was born on September 17, 1989, in Augusta, Georgia, U.S. to a Christian family. Her father was a deacon and mother served as minister of the church. She was raised in a  Greenville, South Carolina along with her younger brother. She is American and concerning her ethnicity, she belongs to African-American.

Brooks had a keen interest in acting since her childhood days, she started acting at the age of 6 in a nativity play. She attended South Carolina Governor's School for Arts & Humanities and completed her high school. She graduated from Juilliard School in drama in 2011.

Soon after her graduation, Danielle Brooks enrolled in acting. She was chosen for two theater productions: the Shakespeare Theatre Company's Servant of Two Masters, and Blacken the Bubble. In 2013, she left both the production in order to join the  Netflix comedy-drama series, Orange Is the New Black.

Brooks played the role of Tasha "Taystee" Jefferson, at first her role was intended to be featured in the show for only two episodes but later, because of the character's popularity, she became one of the main casts of the show starring Taylor Schilling, Laura Prepon, Michael Harney, Michelle Hurst, Kate Mulgrew and others.

Her breakthrough performance in the Orange Is the New Black earned her three Screen Actors Guild Awards and Young Hollywood Award. In 2013, she was cast in an episode of HBO popular series, Girls where she played the role of the first black woman.

Brooks made her Broadway debut in 2015 with The Color Purple as Sofia. She received critical acclamation for her role and succeed to win Grammy in 2017. She even earned Tony Award nomination.

Brooks also lent her voice for popular animated series, The Angry Birds Movie. She made her last screen appearance in an episode of Project Runway All Stars 5.

Danielle Brooks has earned a good sum of the amount from her acting career. She has an estimated net worth of $1 million. Some of the lead stars from Orange is the New Black earns $350k per episode. Brooks is also one of the regular casts, so she might earn the same amount. In 2016, she buys an apartment in New York which cost more than $500k.

Danielle Brooks is possibly single at the moment. She is quite secretive when it comes to her private life. She is quite ambitious and hardworking and her first priority is always her work.

Check out the interview video of Danielle Brooks,