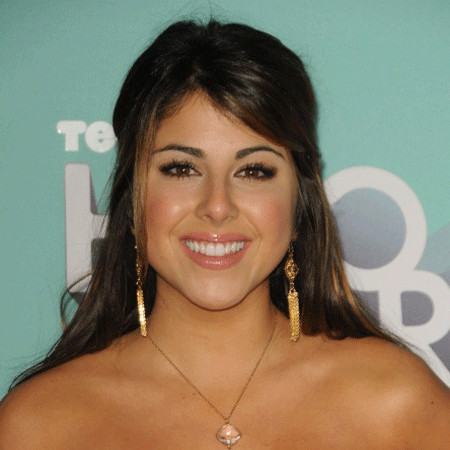 Daniella Monet was born on 1st March 1989 in West Hills, California, U.S. Her mother has Italian ancestry and her father has Chilean and Croatian ancestry. In 1997, Monet appeared in TV series, Pacific Blue, as Corey and the following year in the film called Follow Your Heart. In 2003, Monet had a recurring role on the TV series called American Dreams as Joyce Fitzsimmons and 8 Simple Rules (2003-04). The same year, she also appeared in the TV show called Still Standing. In 2004, Monet appeared on The Bernie Mac Show as Karen. In Zoey 101, she had a recurring role as Rebecca Martin from 2006 to 2007. Monet also appeared in the 2006 film called Simon Says and in 2007 films such as Taking 5 and Nancy Drew. In 2008, Monet appeared in movies such as Taking The Band: Making Taking 5 and Taking 5: On Set and in TV series such as Miss Guided as Meredith Ritter and The Suite Life of Zack & Cody as Dana. In 2010 and 2011, she appeared in Supah Ninjas as Clarissa.

From 2011-15, Daniella Monet had a recurring role in Winx Club as Mitzi. Monet was cast in the Nickelodeon sitcom, Victorious, from 2010-2013 as Trina Vega. In 2010, she had a supporting role in the film called Here’s the Kicker as Lacey Matthews. Monet replaced Jennette McCurdy in the film Fred 2: Night of the Living Fred (2011), Fred 3: Camp Fred (2012) and Fred: The Show as Bertha. In 2013, she hosted the Nickelodeon show, AwesomenessTV, but the show was cancelled in 2014 after two seasons. In 2013, Monet appeared in Melissa & Joey as Ashley and Lazy Town as Ally Brooks. In 2014, Monet had a supporting role in the film Rachel’s Return as Danielle and also appeared in See Dad Run and voiced for an animated web tv series called Turbo FAST. In 2015, Monet appeared in a sitcom named Nicky, Ricky, Dicky & Dawn. In 2016, Monet hosted the show, Paradise Run which was renowned for the second season from May to June 2016. The same year, she had a recurring role in Baby Daddy. Monet has also sung for her TV shows such as Victorious, A Fairly Odd Movie: Grow Up, Timmy Turner and A Fairly Odd Christmas along with other co-stars from the shows.

Daniella Monet has played in numerous tv commercials. She dated a model, Brian Kehoe, but they broke up in 2008. At present, she has been dating Andrew Gardner since 2011. She has been spotted with him many times. Last Year, Monte and her longtime boyfriend, Andrew Gardner, bought a new home together on Christmas. There has been no news from them about getting married. It seems like their family is happy with their relationship.

Daniella Monet stands 5 feet 3 inch tall and has a weight of 55 kg. Monet's exact salary is not yet published but her estimated net worth is around $3 Million Dollars. She has a huge fan following on her social media accounts.