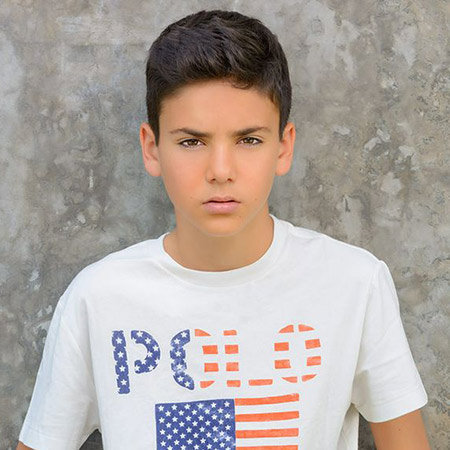 Daniel Skye an American YouTube personality, songwriter, verified musician and pop singer, who rose fame in the world of music. He is popular on social media.

Daniel Skye was born on 19 June 2000 in Hollywood, Florida, US. His mother is Esther Skye while his father's name is not yet revealed. He has a brother and a sister named Robert (brother) and Becca (sister).

His brother Robert and sister Rebecca both are musicians. They have also performed with Daniel in some of his videos

Daniel Skye earned fame when he started to compose his own songs. His first song “May be,” was released in December 2014. This video has more than 4.6 million viewers on YouTube. In May 2015, his next song named ‘LoveSick Day was released.

His popular track “All I Want" released in May 2015. It was premiered on iHeart Radio and climbed to No.12 on the iTunes Pop Charts in the US.  Daniel Skye released his single 'Smile' on 22 July 2016. The song made was a hit and received 1,559,223 views in just three weeks.

As of now, he participated and performed in various worldwide tours that include: Sensation, MagCan, Digitour United26 and June’s Digifest.

In December 2014, he released his first original song “ May be,”.Daniel Skye first official single for RCA “ON”, was released in January 2017.

Daniel Skye is now in his mid teens and standing normally tall with a height of 5 feet 4 inches (1.63 m). He has a slim body build weighing 56 kilograms (123.5 lbs). It seems like he is still living a single life. There is no any information about his girlfriend or love life. Currently, he resides with his family in Florida.

Daniel Skye is very close to his family.

He has one dog, which he often mentioned on his social accounts. He is American by nationality and belongings to white ethnicity. His sun sign is Gemini.

Daniel Skye has never been the part of any controversy and rumor. He is also known for staying away from any conflicts with his co-stars.

Daniel Skye is one of the sparkling stars of the music world. He has a successful future ahead. He has a very charming look and the majority of his followers are female.

Social Media and Net worth

Daniel Skye has widely appreciated by his fans on social networking sites. He has more than 2.5 million followers on Instagram. His fans are largely growing on Twitter and Facebook. He has a whopping net worth of $1 million.