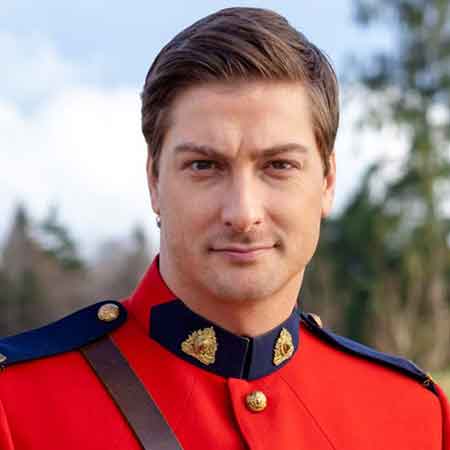 Born in Sydney, Australia, Daniel Lissing gained stardom following his appearance in the 2011 Australian television drama series Crownies. After his breakthrough role in Crownies, he went on starring in numerous movies and television series including The Cure, Last Resort, When Calls the Heart, and many others.

Daniel Lissing was born Daniel Aaron Lissing on 4 October 1981 in Sydney, Australia. He is a son of Jerry Lissing and Inge Christophers. His zodiac sign is Libra according to which his personality is a romantic and kind-hearted person.

Daniel Lissing has a sister named Tamara Lissing. He has a niece named Charlie.

Daniel Lissing began his acting career in the year 2006 from the famous Australian television soap opera Home and Away. In the series, he played the role of a firefighter Dave Elder. After his debut, he did some short film including Whiteline (2009), The Game (2010), Fidelity (2011), and others.

Along with the short film, the actor starred on many television series like Out of the Blue (2008), Underbelly: A Tale of Two Cities (2009), Cops L.A.C. (2010), and others. Lissing notably starred in 2011 Australian drama series Crownies, in the series, he played the recurring role of the character Conrad De Groot. In the drama series, he shared the screen with the celebrated actors like Todd Lasance, Ella Scott Lynch, Indiana Evans, and others.

Continuing his flourishing television roles, he was cast in the American military drama television series Last Roles. Lissing portrayed the main character of James King from 2012 to 2013. Similarly, the actor appeared in the main role of Jack Thornton in the American television drama series When Calls the Heart from 2014 to 2018. The series cast famous stars like Erin Krakow, Lori Loughlin, Jack Wagner, Kavan Smith, and many others.

Along with his notable television appearance, Daniel Lissing worked in few big-screen roles. In 2014, he starred as Ryan Earl in the thriller movie The Cure. The same year, he appeared on another crime-thriller film, John Doe: Vigilante. In the movie, Daniel did the role of Jake.

Lately, the actor starred on the television series named Timeless (2017) and Blindspot (2017).

The handsome Australian actor Daniel Lissing is leading a decent career from the beginning. For his performance in several movies and television series, he is earning an attractive amount of money, however, there is no information about the actor's net worth. The star probably has his net worth of $million.

Australian actor Daniel Lissing is leading a low-key personal life. As of September 2018, the actor is single and isn't married to anyone. Seems, the Crownies actor is yet to find someone special to make her his future wife.

Family time in the sky..

Besides his secretive private affair, the star is seen enjoying his life to the most. He frequently goes on vacations in some exotic places with his friends and family. Daniel is a family person and is very close to his sister Tamara. Other than that, the actor is focusing on his professional career to make it big.

Here's a video of Daniel Lissing.