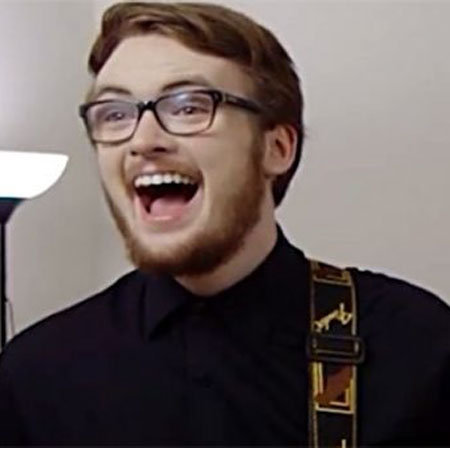 Daniel Kyre was a popular musician and comedian who co-founded the YouTube comedy triumvirate, Cyndago, along with Matt Watson and Ryan Magee. However, the group disbanded after Kyre passed away on September 18, 2015, due to irreversible brain damage.

Born on July 6, 1994, in South Carolina, US, the musician and comedian, Daniel Kyre, was raised up in his hometown South Carolina along with his younger sister, Melissa Kyre. He was born to father David Lee Kyre, and mother Tami Kyre. His also had grandmothers, Nancy Kyre and Sue Horton.

He graduated from Dutch Fork High School, South Carolina. Then Kyre moved to Los Angeles to pursue his entertainment career. Regarding his nationality and ethnicity, Daniel Kyre is a White American.

After several years of unpublished collaborations, Daniel Kyre joined Cyndago along with his childhood friend, Ryan Magee in the year of 2012. They moved to Los Angeles, California in early 2015, after working in their home state, South Carolina, for a few years.

The group became popular for their comedy sketches, humorous songs, vlogs as well as their collaborations with renowned YouTube personality like Mark Fischbach. The duo also hired a third member Matt Watson in the Cyndago who worked as an editor for the group.

Around after three years from Kyre's death, two men, Eric and Jae announced that they would be working on Cyndago Season 2. Moreover, they also re-uploaded the deleted videos of Cyndago's season 1 and added Jerry of Team X.

Daniel Kyre's Net Worth And Salary

As a co-founder of Cyndago, Daniel Kyre had earned a tremendous amount of money. One of his Cyndago’s partner, Ryan Magee has an estimated a net worth of $10.5 million as of 2017. Therefore, we can assume Kyre might have a similar figure of net worth.

The co-founder of Cyndago, Daniel Kyre was an unmarried man. Kyre had managed to keep his love life and dating under the wraps. He also was active on social sites like Instagram with 34.9k followers and 20.9k followers on Twitter.

Kyre attempted to kill himself in his room just a couple of days before his death. When he was found unconsciousness in his room he was taken to the hospital. However, he lost his life due to irreversible brain damage on September 18, 2015.

A day after he died, the announcement was made public to the media by his family and the other Cyndago members. They urged people going through suicidal thoughts or depression to seek help. Daniel Kyre’s death brought about several reactions. It caused the discontinuation of the Youtube channel.

Daniel Kyre’s family created a life tribute page after his death to make it easier for people to share their memories.  A GoFundMe account was opened by Daniel’s friend, Mark Fischbach to support the Kyre family after Daniel’s death.