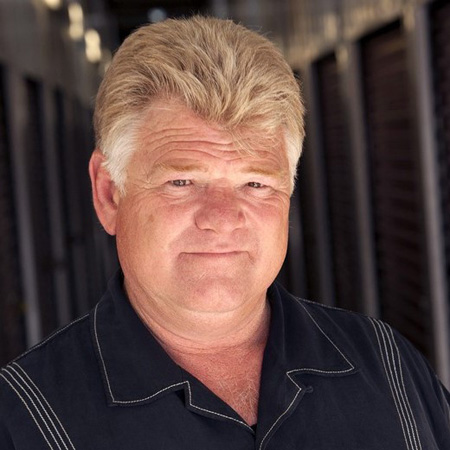 Dan Dotson is an American auctioneer who has been auctioneering business. He is best known for his reality show storage wars on A&E. He has been married to Laura Dotson. He and his wife Laura Dotson, run American Auctioneers, a full-service auction company in Riverside, California.

The famous television personality was born on November 23, 1962, in California. He holds the American nationality and belongs to White American ethnicity. His sun sign is Sagittarius.

Instead of studying, he skipped his school and went to the Chino Auction in California. He was just 16 years old when he moved to California and sold furniture for an auctioneer, Merl Bernard.

In 1983, Dan Dotson started his career where he worked as an Auctioneer. He ran an auction house in Riverside. During his work at Riverside, he met Laura who later on turned out to be his wife. They started working together.

Currently, Dan works in an auction of storage units including estates, business inventories, fundraisers, plus legal, auctions and appraisals. He averages two auctions per day and six in a week. He is also the owner of the Storage auctions.net, an internet portal which focuses on providing self-storage auctions.

In 2010, along with Laura, he began to appear on A&E’s Storage Wars, a series which follows four professional buyers. His involvement in Storage wars has helped him to appear further on several news articles which include TMZ, USA Today and The Washington Post.

Dan Datson's net worth is $4.5 million at present. He is living a luxurious life with his wife, Laura. An auctioneer is assumed to earn $46,000 annually as per their salary. His annual salary as the auctioneer of the television show Storage Wars was $300,000.

Dan is quite popular than those standard auctioneers, he is believed to have earned more than that annually.

Laura became his business partner and is working as a co-owner and manager of American auctioneers recently. Laura, his wife acts as the ringman when Dan acts as an auctioneer but these roles were reversed at Laura's request.

In 2014, Dan suffered from a double aneurysm where he used to get up at 1:30 AM asking some weird questions in his sleep.  Early in the morning when he used to get up, he complained of double vision and was not well.