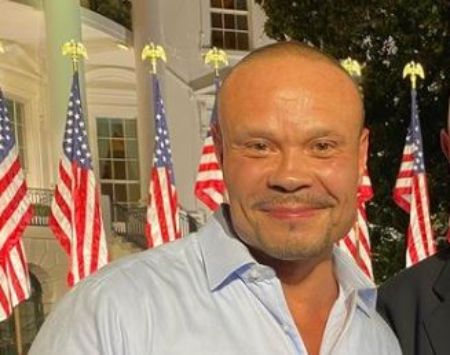 Dan Bongino is an all-rounder who is famous as an American radio show host, politician, author, and conservative political commentator. He worked as a New York City Police Department officer (1995-1999) and as a Secret Service agent (1999-2011).

Additionally, the Dan Bongino Show creator worked along with the financial fraud task force. For his investigations and arrests, he won an award from the Department for Justice.

Dan holds an American nationality and belongs to mixed ethnicity (Italian-American descent). By religion, he is a Catholic.

Talking about his education, he attended the Archbishop Molloy High School. He then graduated from Queens College holding a Bachelor's and master's degrees in psychology. Later, he earned his MBA from the Pennsylvania State University.

Initially, Dan worked with the New York City Police Department (NYPD) from 1995 to 1999. He was then a special agent with the United States Secret Service in 1999.

After that, he stopped his service in the New York Field Office and became a trainer at the James J. Rowley Training Center. Later, he was appointed to the US Presidential Protection Division in 2006 to George W. Bush's second term as the president.

Continuing his duty to offer protective duty to the president, Barak Obama, at his first term as president, the 46-year-old arranged for the president's tour to Prague. Also, he worked as the lead agent along with the responsibility for Obama's tour to an active war zone in Afghanistan. Till May 2011, he worked with the Secret Service. 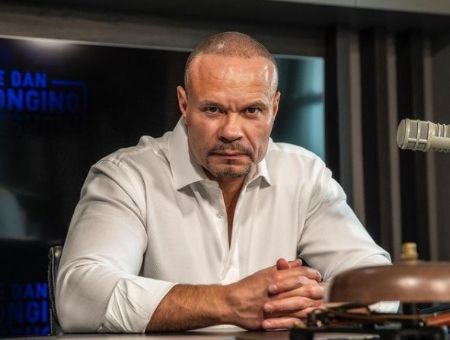 As the supporter of ex-president Donald Trump, he wrote other books like Spygate: The Attempted Sabotage of Donald J. Trump, Exonerated: The Failed Takedown of President Donald Trump by the Swamp, and Follow the Money: The Shocking Deep State Connections of the Anti-Trump Cabal.

Talking about his political career, defeating 9 candidates, the politician won the Republican on April 3, 2012, earning 33.8% of the total votes. He ran the political party, Republican in 2012, 2014, and 2016, which was not successful at all. Currently, he is a member of the Groundswell Group.

Back in 2012, the multi-talented star appeared in a reality TV series, Secret Service for three episodes. Later, in 2017, he launched and hosted the television series, Dan Bongino Show.

The show is about the review of his comments on the political and current affairs of the nation. It webcast on YouTube and streams as a podcast on Google Podcasts as well as SoundCloud.

Till 2018, the former NYPD worker was a paid contributor to the National Rifle Association Television. So far, he has appeared on several shows like Fox & Friends and Tucker Carlson Tonight.

Also, Dan guest-hosted the Fox News program, The Sean Hannity Show (2018). Besides that, he has been featured on radio programs of WMAL Radio and WBAL Radio.

What Is Dan Bongino Net Worth?

The man of all seasons has not disclosed his exact fortune. However, the radio show host Bongino has an estimated net worth of $5 million as per reports.

There is no doubt Dan has collected a decent sum from a successful career and lives a lavish lifestyle. He earns hundreds of thousands as a politician, radio host, author, and political commentator.

The millionaire is married to Paula Andrea (nee Martinez). His wife is the technical and creative partner of Bongino, Inc.

The couple first met on a blind date in 2001 and eventually began dating. After almost 2 years of relationship, the duo exchanged wedding rings in 2003. 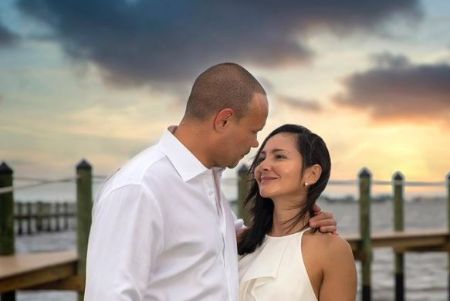 Prior to Paula, Dan was married to Suncere Casillas Frehley in 1996, and later, they divorced.

Bongino lived in Severna Park, Maryland till 2015. Currently, he lives in Palm City Florida with his family.

Palm City is not only one of the most expensive places in Florida but also in America. As per reports, the average rent in Palm City costs around $2,323 to $298,500 based on the location and the size of the apartment.