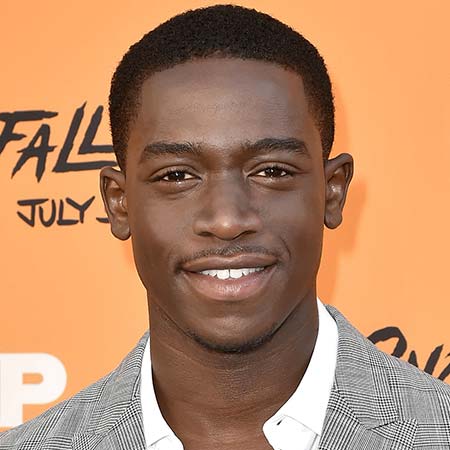 The television, movie, and stage actor, Damson Idris is famous for appearing in the crime series Snowfall as Franklin Saint. He is also known for his work in other television roles such as The Missing, Doctors, and Megan Leavey.

Damson Idris was born on September 2, 1991, in Peckham, London. He was born as the youngest child among six children; three brothers and two sisters. He was raised by a single mother. He is of British nationality and belongs of Nigerian descent (ethnicity).

Regarding his education, he went to Brunel University London to study drama as he received a BA Honours degree.

Damson Idris made his debut as a theatre actor in the movie, Khadija Is 18. Following this, he worked in the award-winning British-Nigerian playwright Ade Solanke’s play, Pandora’s Box which helped him to sign in to the Royal National Theatre in London.

In 2013, he started to play in the television series with his first appearance in Miranda. Prior to this, he has appeared in The Missing, Babylon, Casualty, and many others.

Finally, in 2016, he made his big-screen debut with his appearance in the movie, City of Tiny Lights. He has worked on the film such as Megan Leavey, The Commuter, and Astral. Currently, his movie  Farming is in pre-production.

Damson Idris' Net Worth and Salary

Though Damson Idris' net worth is not disclosed in the media, sources confirmed that his net worth might be in six digits. An average salary of an actor is around $50 thousand, so he also might be earning his salary in the same range.

His movie, Megan Leavey has earned $14.5 million against the production budget of $0.89 million. In the film, he has appeared alongside Kater Mara, Alex Hafner, and Edie Falco. 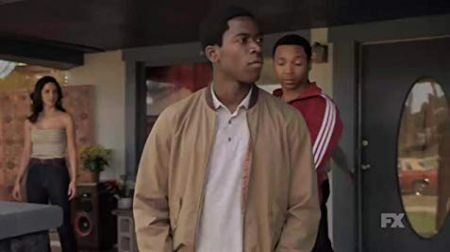 Well, it seems like the actor, Damson Idris is living a single life. Maybe he has dated some girlfriends in his past but has not officiated it anywhere. It looks like he is currently focusing on his career rather than being in a love life with a girlfriend.