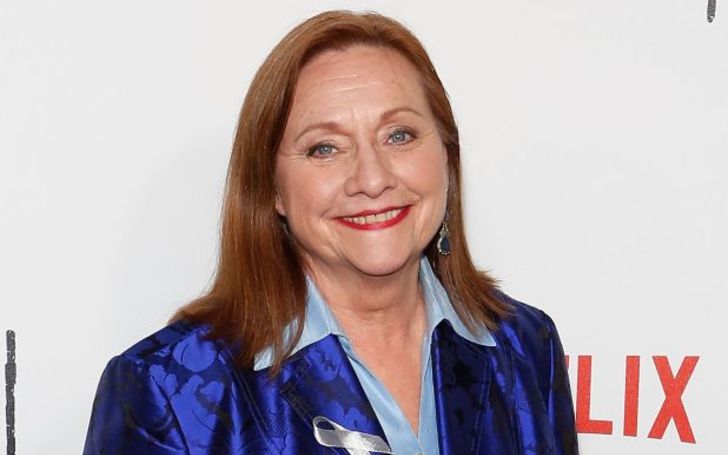 Dale Soules is an American actress known for her role in the American comedy-drama web television, Orange Is the New Black as Frieda Berlin. She also starred in the war movie, The Messenger and children’s television series, Sesame Street. Dale is also a theatre actor who was in the original production of Hair.

Dale Soules was born on October 2, 1946, in New Jersey in the USA. She grew up in Greenwood Lake of West Milford in New Jersey. She has not disclosed many details about her family.

As for education, she completed her high school studies from West Milford High School. As soon as she graduated, Soules pursued a career in acting. Dale has an American nationality and belongs to the white ethnic community. Since she was born in early October, her zodiac sign is Libra.

Dale Soules is openly lesbian and is currently single, as of 2020. Her social media account is full of her colleagues and the events she attends. 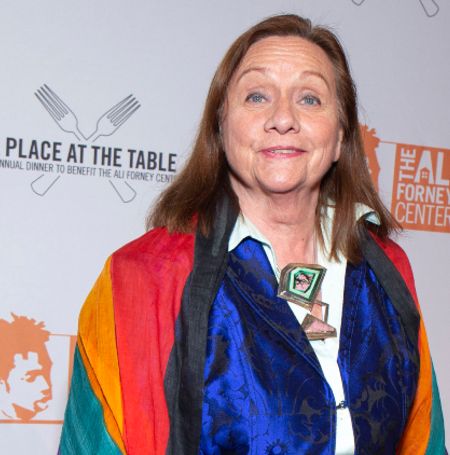 Moving to her relationship, well, she has not yet discussed that. Her social media also doesn't give any hints about her involvement in any kind of relationship.

Net worth, Career, and Earnings

Dale Soules has not been in many movies and television but has appeared in numerous theatre production. According to sources, theatre actors earn a minimum of $1,145 per week,

Soules's main income sources up until February 2019 was from the Orange is The New Black. Looking at all of her financial aspects, Dale Soules has a net worth of $1 million.

Dale Soules started her acting career in the mid-60s. She became known after she joined the Broadway production, Hair as Jeanie. She appeared in numerous theatre plays, The Magic Show, Grey Gardens, Hands-on Hard Body, and The Crucible.

She joined Laverne Cox, Taylor Schilling, Laura Prepon, and Natasha Lyonne in the second season in the recurring role of Frieda Berlin. Her character was recognized for having an octopus tattoo. She was promoted to the main role in season 7. She left the show on February 2019.