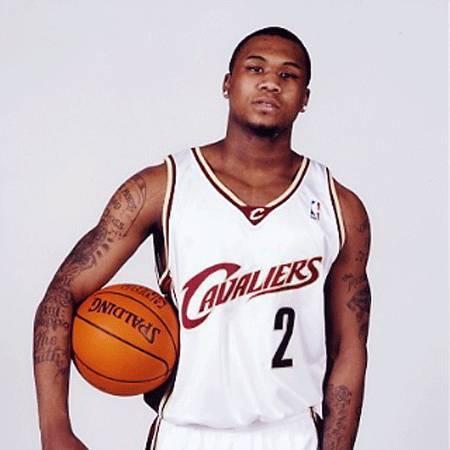 Dajuan Wagner was born on 4th February 1983 in Camden, New Jersey to Milt Wagner who is a retired American professional basketball player and former assistant coach for Auburn Tigers. His father, Milt had won the NBA championship in 1988, NCAA championship in 1986 and two times First-Team at the all-metro Conference.

Dajuan went on to attend Camden High School where he extensively played basketball. He went on to score 100 points in a game for which he is highly noted. He finished high school with 3462 points averaging 42.5 points as a senior. This is regarded as the highest point that New Jersey high school has ever seen. . He also scored 25 points in the McDonald’s All-American Game. He is considered to be the greatest high school basketball player in New Jersey history till date. Dajuan then went on to join University of Memphis in 2001 and played college basketball for a year under Coach John Calipari who later forced him to enter NBA.Thus he was selected in 2002 NBA draft in the first round as the 6th overall pick by the Cleveland Cavaliers. He then began playing as a point guard for Cleveland Cavaliers in 2002.

For Dajuan’s rookie season he averaged 13.4 points per game and went on to shoot only 36.9 from the field. Several injuries and health related problems folled Dajuan’s way later the season. He went on to average a career low of 4.0 points in only 11 games that he played during the 2004-2005 season.  Later, after a ulcerative colitis surgery, Wagnmer went on to train at Nexxt Level Sports located in Cherry Hill Township, New Jersey.  However on 20th November he was waived off by the Warriors after having played only one game where he scored only 4 points. Later Dajuan went on to sign a one year contract with Prokom Trefl Scopot of Poland on 31st August 2007. He went on to average a total of 8.3 points in the six games he played. He then returned to South Jersey after the contract ended and after he suffered a hip and knee injury.

Dajuan is very shy natured outside the court and does not speak much about his marriage and about his children. He has a 10 year old son named Dajuan Junior who gives him significant motivation to play basketball.His son is currently ten years old and is one of the reasons that Dajuan plays basketball till date.

Dajuan is currently 32 years old , weighs 91 kgs and is 6 feet 2 inches tall. While in Cleveland, he made around $10.7 million from his rookie contract. On 22nd September 2006, Dajuan signed a two year contract of $1.6 million with the Golden State Warriors. He was surprisingly hospitalized for ulcerative colitis which is a devastating inflammation of the colon. Thus Dajuan went under surgery to remove his entire colon at Mount Sinai Hospital on 25th October 2005. He has a ‘Messiah’ tattoo on his left biceps and is also dubbed as "Messiah". In 2001, Dajuan was named Naismith Prep Player of the Year.