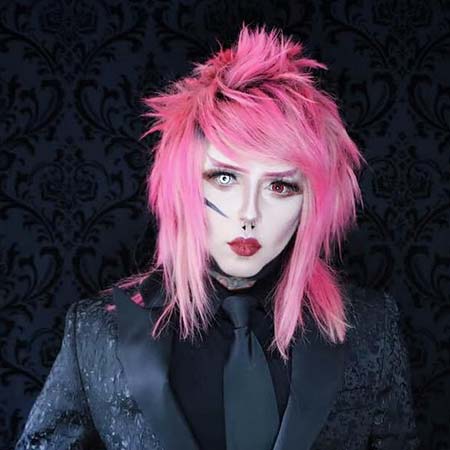 Tattooed electronica artist Dahvie Vanity is widely known as one half of the musical group, Blood on the Dance Floor. Their hit album Evolution was the #1 dance album of the year in 2012. Vanity has been accused of sexual assault by 21 women.

Dahvie Vanity was born on September 5, 1984, in North Carolina, the United States of America, in a poor family. He was raised in a house trailer.

He has a good bond with his parents who have mixed opinions about the musical achievements of their child. The family moved to Florida hoping to improve their prospects.

Vanity nurtured the love for music from a very young age and always wanted to make it big in the entertainment industry. He received a lot of support from his family. He has a half-sister with who he shares a good bond.

Dahvie Vanity struggled a lot before he started his music career. He created his first music project, Love the Fashion, along with two friends Christopher Mongillo and Rebecca Fugate in 2007. They later changed its name to Blood on the Dance Floor.

The group came up with their first album Let’s Start a Riot but due to lack of promotion, the album failed to catch audiences.

The band then recorded their next album It’s Hard to be a Diamond in a Rhinestone World which grabbed a lot of attention. The trio broke up as Christopher and Rebecca didn't participate in the tours held in Orlando.

I have retired Dahvie Vanity. My new stage name will be Dahvie Insanity. Fits the new vibe for @sinnersarewinnersofficial RIP Dahvie Vanity! I am a very different person now then I was ten years ago. #dahvievanity #botdf #sgtc #ripdahvievanity

Vanity and Garret Ecstasy have collaborated together and produced a few musicals but Garret was later replaced by Jayy Von Monroe and Matty M.

The Blood on the Dance Floor band worked together with numerous artists for their fourth album All the Rage which was released in June 2011.

Being a successful music artist, Dahvie Vanity certainly earns a decent amount of money from his music career. According to the Celebrity Net Worth website, Vanity has an estimated net worth of $3 million.

The exact figure of her salary is not available. However, according to the PayScale website a singer or a music artist in the United States earns $51 per hour on average.

Moving towards the personal life of Dahvie Vanity, the music artist is not single but in a romantic relationship with Fallon Ven Detta.

The couple is not only dating but they are engaged too. The Blood on the Dance Floor member took to Instagram on September 6, 2017, to announce his engagement with his girlfriend by sharing a photo of them sharing a passionate kiss. 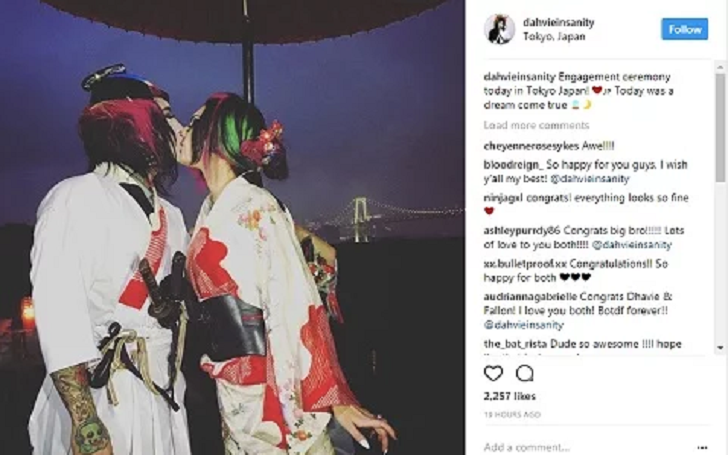 The romantic proposal was held in Tokyo, Japan, and the engagement ceremony was done in Japanese tradition.

Dahvie Vanity was previously arrested after he allegedly raped a 14-year-old girl named  Dianna Farrell while she was alone in her bedroom in Pinellas County, Florida.

He reportedly forced the child to perform oral sex. However, Colorado police just warned him and released him without charge.

Following the incident, more than 20 women came forward to accuse him of sexual assault and sexual misconduct.