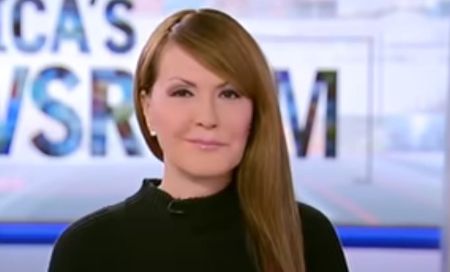 Dagen McDowell, born Mary Dagen McDowell is an American newscaster currently working for the Fox News Channel as its business correspondent and is also working on the network as the anchor for the Fox Business Network.

She is also a former business contributor on the Imus In The Morning radio show and a frequent guest on FNC’s Hannity. Regarding her personal life, she is married to Jonas Max Ferris.

How Old Is Dagen McDowell?

Dagen McDowell was born Mary Dagen McDowell on 7th January 1969 in Brookneal, Campbell County, Virginia, United States. Dagen is American as per his nationality and belongs of Irish descent.

There is no information available about her parents and siblings in the online tabloids, however, her mother was diagnosed with cancer. She took to her Twitter in March 2018 to reveal her mother's diagnosis with stage four cancer. Here is her tweet.

McDowell earned a degree in Art History from Wake Forest University. As a youth, she already knew where she wanted to pursue her career.

Dagen McDowell began driving while she was still in high school. She began driving a Ford F150 when she was16. She loves NASCAR racing and is also a fan of the Washington Redskins.

According to some sources, before Dagen McDowell started her career in journalism, she used to sell beer out of a carton on a golf course whereas she also tried her hands as an attendant in a dressing room.

She then started working as a financial journalist at the Institutional Investor’s Newsletter Division. She enjoyed her work and growing and experiencing in the profession, she joined SmartMoney Magazine and SmartMoney.com.

Later on, she worked for TheStreet.com having her own personal finance column called “Dear Dagen” which she used to help her audiences solve their questions and issues. 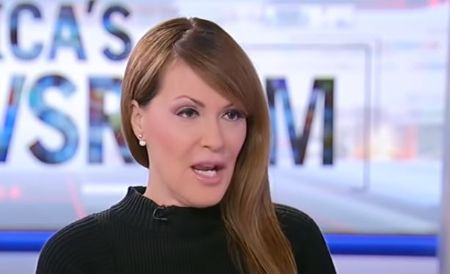 McDowell is also a business contributor on the Imus in the Morning radio show and also a regular guest on the Fox News Channel’s show called Hannity. She has been in the broadcast journalism line for decades.

McDowell has been active from 1996 to the present. She is a very talented television personality. She is an accountant as well.

Until the time, she did not have the experience of working in the television arena i.e on the air. However, the Fox News Channel, seeing her talent, confidence, and determinacy, the Fox News Channel hired her to start as a business correspondent. Later on, she was promoted to be a co-host at “Markets Now”.

McDowell has been a regular guest in the shows like “Your World with Neil Cavuto” and has also been a regular panelist for “Outnumbered”. Gradually, she proved herself and stood as one of the popular faces of the network.

Dagen McDowell has been working for the Fox Channel ever since. Fox Channel is also happy to pay her a good sum of salary and she has earned $5 million as of the year 2022.

Her husband has also the same amount of net worth; $5 million.

According to some online sources, a Fox anchor averagely makes a salary that ranges from $74k to $250k. She has worked as a co-host for Mornings with Maria on Fox Business Network. She has won an American business analysis, Cashin' In three times.

She has served as a panelist on Cavuto on Business which airs on Saturday, took over hosting Bulls and Bears in 2016 following predecessor Brenda Buttner's eventually fatal cancer diagnosis, and participates in Outnumbered and The Five.

Talking about her personal life, Dagen is a married woman. Mc Dowell is married to Jonas Max Ferris. The couple met for the first time on the sets of Cashin’In while

She was married to another man. According to Wikipedia, she and her first husband were married for 11 months before they divorced in 2002.

After the divorce, she started dating her current husband Max Ferris. The pair was familiar with each other before McDowell's first divorce. After some years of relationship, McDowell and Ferris finally got married in 2005.

Her husband is an investment advisor and an economist advisor for Fox News. As both the couple work in the same field, it makes them easy to support one another.

The couple has not revealed the information regarding their children and there is no revelation about her children from her past marriage as well. They are living happily with each other with no sign of getting a divorce in any future.  As per some online sources, McDowell was already married but has not revealed anything regarding her first husband. 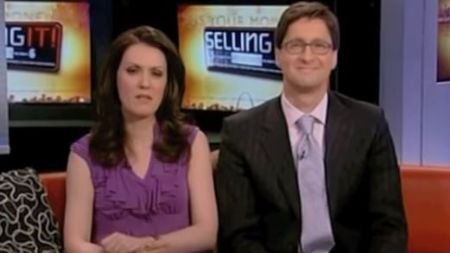 Besides, she is an animal lover and has many pet dogs. She rescued a dog in 2018. Her Instagram is filled with her pets and family pictures. She is a vegan and consumes vegan diets to stay fit and healthy.

She does regular exercise to maintain her health and physique. Her preferable exercise is Cardio and Yoga.