Da Brat is the first-ever solo rapper to earn a platinum certification after releasing the album, Funkdafied. Similarly, she is also an actress famous for appearing in The Surreal Life, Celebrity Rap Superstar, Celebrity Fit Club, and Empire.

Da Brat's birth name is Shawntae Harris. She was born on April 14, 174, in Chicago, Illinois, under the zodiac sign Aries. Currently, her age is 47 and she stands at the height of 5 feet 5-inch or 165 cm tall.

Her father, John Calloway is a Chicago businessman while her mother, Beverly Calloway is a bus driver. As per reports, her parents were never married and she was raised in two different households. 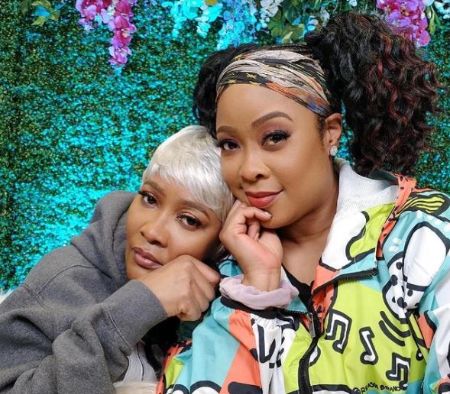 During her soph 0re and junior year, she attended Kenwood Academy. Later, she graduated from the Academy of Scholastic Achievement.

As per Wealthy Gorilla, Da Brat who is worth $3 million makes her the 15th richest female rapper in the world. She is believed to have a fortune of $1.5 million according to The Richest. On the other hand, she has an estimated net worth of $100,000 as of Celebrity Net Worth.

The 47-year-old tasted fame after the release of her debut album in Funkdafied in 1994 which makes her the first-ever solo rapper to earn platinum.

Besides that, twice Grammy Award-nominated rapper is also an actress. She has worked in movies like Kazaam, Rhyme & Reason, Glitter, Carmen: A Hip Hopera, Civil Brand, and 30 Days.

Likewise, she has also appeared in some episodes of the television shows like All That, The Parent 'Hood, The Andy Dick Show, Sabrina, the Teenage Witch, Empire, Dish Nation, Growing Up Hip Hop: Atlanta, and The Chi.

The legendary rapper was ill-famed in 2000 after hitting a lady with a rum bottle in an Atlanta nightclub. Later, she pleaded guilty and paid a $1,000 fine, and ended up serving a year's probation.

Not only that, Da Bart physically s sault a hostess at a Holloween gathering at Studio 72 nightclub in Atlanta. On October 31, 2007, she was behind the bars, and later, she was sentenced to 3 years in prison and 7 years of probation.

As a part of the work-release program, the Billboard Award winner was temporarily rescued from jail in May 2010. Finally, in 2011, she completed her imprisonment and was officially released from prison.

Da Brat's personal lie has been filled with a lot of controversies with everyone questioning her sexual orientation. As she is a bisexual, she has been in a relationship with both men and women.

The only female rapper to earn platinum certification was reported to be romantically linked with rapper Missy Elliott.  The couple was quite close at the time and has even worked with several songs together. They spent a good time with each other but never confirmed their relationship. 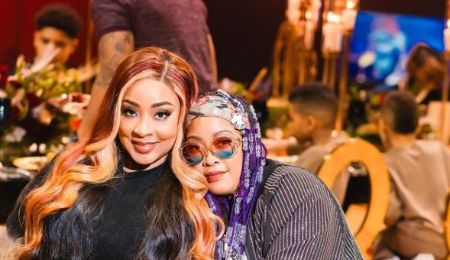 Additionally, Brat has also dated the NBA superstar Allen Iverson. The duo met at the peak of their career in the 90s.
Due to his soft spot for his family, the music sensation was attracted to the player. As per reports, the couple did everything to make their relationship work but after a while, they separated.

Similarly, the celebrity from the LGBTQ community was also romantically engaged with Karrine Steffans. The couple met while they were working on music videos, started talking, and eventually developed feelings for each other. They were seen hand-in-hand at public events and after a short time, they parted ways.

She got married to Jesseca Dupart American entrepreneur and the founder and chief executive officer of Kaleidoscope Hair Products in the year 2022.