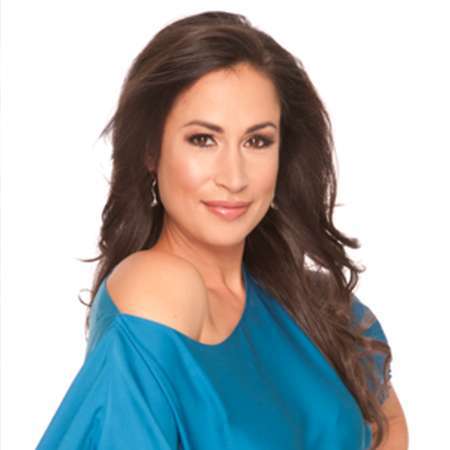 Cynthia Loyst is a Canadian media personality and a talk show host. Along with other co-hosts, she hosts CTV's daytime television talk show 'The Social'.  Additionally, she is also the creator of Find Your Pleasure(the online site where she help the reader to find pleasure in their life).

Cynthia Loyst was born on the 10th of October in Canada. As per her nationality, she is Candina while her ethnicity is mixed(German and Italian). She grew up along with her sister. As per the sources, her parents are married for more than half-century.

From an early age, Cynthia Loyst loved entertainment. When she was six she would dress up as a male character from Battle of the Planets or Star Wars. That is how she discovered her love for the cosplay.

Throughout the years, Cynthia Loyst has appeared on both televisions as well as radio. Her television appearances include CTV News Net, TVOntario, The Marilyn Denis Show and ETalk. Her radio appearances include103.9 Proud FM, 104.5 CHUM FM, and Virgin Radio 99.9 FM. She has also talked on a number of subjects revolving around relationships like mating, dating and relating.

Cynthia Loyst has guest lectured on sexuality, media, and technology at many schools in the Greater Toronto Area like Sheridan College, Ryerson University, University of Toronto and Centennial College.

In her career until now, Cynthia Loyst has interviewed a wide range of people like fetishists, celebrities, and academics. She has been supervising a number of productions for the SexTV like Loving The Alien: Sex and Science Fiction and Monstrous Desires: Sexuality and Horror.

On 2nd September 2013, Cynthia Loyst co-hosted the popular television show 'The Social' alongside Traci Melchor, Melissa Grelo, and Lainey Lui. In the year 2011, she co-hosted the Inner Space.

Cynthia Loyst has been nominated for Gemini Awards twice.

How Much Is Cynthia Loyst Net Worth?

Cynthia's estimated net worth in 2019 is approximate $1 million. Her yearly salary is reported $122 thousand per annum as per the source.

Cynthia's current relationship status is married. She has married her boyfriend Jason. Her husband works on television as well as in films.

After dating for some years, the couple tied the knot at The Distillery, Toronto. They married in the presence of their family, friends and loved ones. The couple was blessed with a son, Jaya in 2014.

The family of three is living a happy life as per Cynthia's social media. They can be seen flaunting their happy moments there.

Cynthia, the 5'9" tall entertainer is quite open about her personal life.