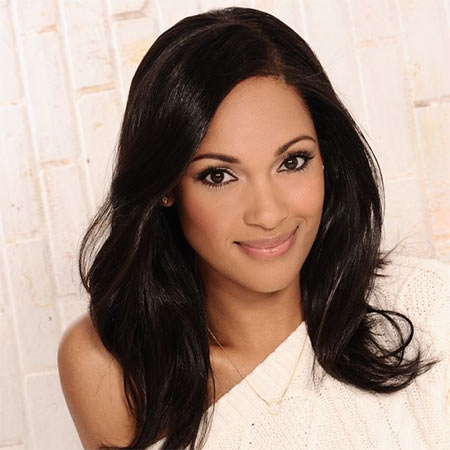 Cynthia Addai-Robinson is an American actress, who is best know for portraying Naevia in 'Spartacus'. She was born on 12 January 1985 in London, England. She was born to Ghanaian mother and an American father. At the age of four, she moved with her mother to the United States.

Cynthia Addai-Robinson graduated her high school from Montgomery Blair High School. She then graduated with a Bachelors of Arts degree in Theater from Tisch School of Arts and also attened Lee Strasberg Theater Institute to learn dance forms  like jazz, ballet and tap in .

Cynthia Addai-Robinson made her first TV appearance in 2002 when she appeared in the episode of 'The Educaton of Max Bickford'. The next year, she played a small role on several TV shows including 'Law & Order: Trial by Jury', 'Law & Order: Criminal Intent', 'Justice', 'CSI: Miami and Numb3rs'. In 2009, she received a recurring role as a nurse, Debbie on the ABC sci-fi drama 'FlashForward.' The same year, she portrayed Milena on the independent film of Tina Mabry's 'Mississippi Damned'. In the fall of 2009, she made her big screen debut on ;Colombiana' as the mother of Zoe Saldana played by Amandla Sternberg.

Cynthia Addai-Robinson's  breakthrough role came in April 2011 when she replaced Lesley-Ann Brandt and played the role of Naevia in the hit American TV series 'Spartacus: Vengeance'. In the beginning of 2013, she played in the two episode of 'The Vampire Diaries' as a powerful witch named Aja.  In September 2013, she joined The CW hit show 'Arrow' as a recurring character Amanda Waller.

In January 2015, it was announced that Cynthia Addai-Robinson will be appearing as U.S. Treasury Department analyst in Gavin O'Connor's 'The Accountant' alongside Ben Affleck and JK Simmons. The film will be released in October 2016.

She loves to keep her personal life secret and hasn't let the media know about her net worth and earnings. She currently resides in her house in Los Angles, California, US.