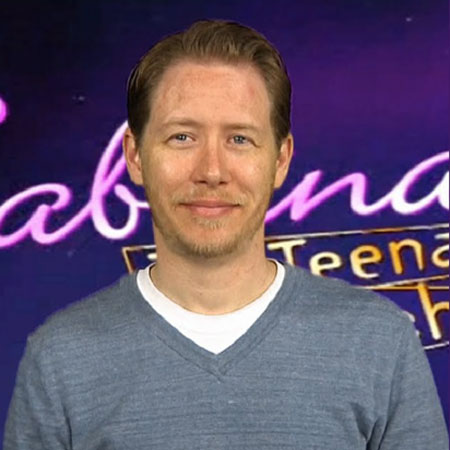 Curtis Andersen is an actor, producer, and screenwriter best known for his appearances in the Sabrina, the Teenage witch, Pearl Harbor, and Winning London. He has even voiced Schroeder in This Is America, Charlie Brown. He holds an American nationality and his ethnicity is white.

Curtis Andersen was born on March 2, 1977, in America. He was cast primarily in commercials and for voice-over work with his most prominent role for Met Life commercials, cartoons, and live stage show, at the age of eight. Andersen attended Chapman University in Orange, California.

Curtis Andersen began his acting career at the age of eight. He performs the voice of cartoons and lives shows. He has guest starred on shows like “Party of Five”,” “3rd Rock from the Sun,” “That 70’s Show”, “Malcolm in the Middle”, Veronica Mars.”, and “The Gilmore Girls”. In addition to his television work, he also has been seen in many movies along with Oscar award winning “Pearl Harbor” alongside Graha Beckel, Sung Kang etc.

Andersen made a few video about the fall with the help of his wife. One of them was a commentary on the typical weather he got there in October in California and the another was a horror shot that he made for Fun Size Horror along with his wife  back in 2014

Andersen shot a new movie East of Jesus with the help of his partner Rene. He was able to achieve the primary goal of booking a job on TV. It’s been a while he finally made a new update video, auditioning like a real, professional actor again and this is the 20th anniversary of the debut of Sabrina: The Teenage Witch. Along with others movies, he starred as Brandon in the stage adaptation of Alfred Hitchc* * k’s Rope at The Maverick Theater.

Regarding his personal life, Curtis Andersen is a married man. He was married to his long-term girlfriend Sara Parrell in June 2004. The couple remained together for two years and had a  divorce at the end of 2006.

After living single for four years, Andersen decided to marry someone who is suitable for his life. Finally, he met Rene Bordelon in 2009 and had an affair with her for a year. Andersen got married to Rene Bordelon on October 24, 2010.

After the failure of his First marriage with Sara, Andersen is currently leading a happy married life with his second wife. However, the couple has not decided to have any child and are happy at present.