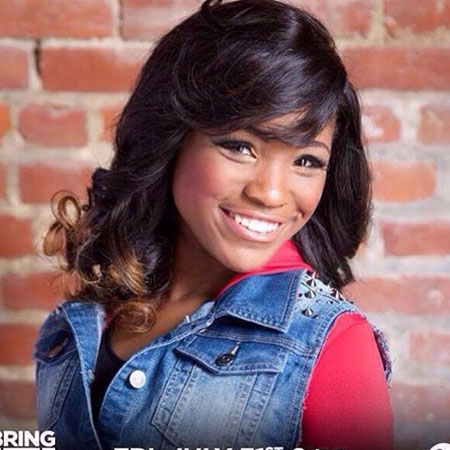 Crystinna Summers is an American professional dancer best known for competing in the dance show, Bring It! She took part in the show as the member of the group Dancing Dolls. Summers started dancing right from the young age of 5.

She is single at present and more focused on making her career as a dancer.

Born on 20 June 2002 in Jackson, Mississipi, Crystinna Summers is American and belongs to Afro-American ethnicity. She is one of three children of Valisa and Chris Summers.

Summers started dancing at the age of 5, inspired by her aunt, Rittany. She lives with her mother after her father's demise in 2015.

With interest in dancing, Crystinna Summers participated in the reality dancing show called Bring It in 2014 as part of the dancing troupe Dancing Dolls. She performed along with her aunt, Rittany, head co-captain of the team and other members including Dianna Williams, Kayla Jones, Camryn Harris and Sunjai Williams.

She is nicknamed Silent Killer, for being quite in person but being fierce when dancing. She is the youngest dancer of the group.

In 2017, Summers left Dancing Dolls for a short span to pursue cheerleading. She then joined Divas of Olive Branch before making a return to Dancing Dolls. In 8th grade, Summers won the title of Homecoming Queen. She also has a self-titled YouTube channel.

Cystinna Summers is still in her teens and so far has collected an estimated net worth of around $20,000. However, it is not the official figure. As part of Dancing Dolls, she has competed in a few competitions making a good amount.

She is young and yet to set a mark in the dancing field. Her earning will surely increase in the near future. From her YouTube channel, she makes around $219-$4k yearly.

Crystianna Summers lives with her family in Jackson Mississipi. Besides, dancing she in her free time loves to spend time with her friends including her fellow dancer Camryn Harris.

Summers is active on Instagram and a good number of followers. She is possibly single at present and seems focused on building a career in dancing.