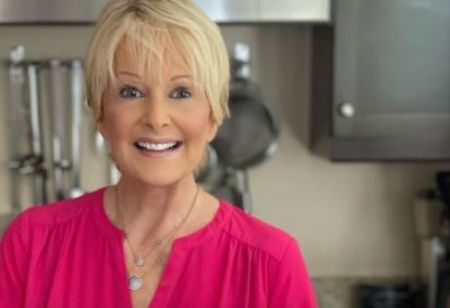 Cristina Ferrare is a former American fashion model, author, and talk-show host. She is also an actress famous for her performance in The Impossible Years, Bloody Mary, The Weather Man, The Love Boat, and Fantasy Island.

What Is Cristina Ferrare Age?

Cristina Ferrare was born Cynthia Cristina Ferrare in 1950, in Cleveland, Ohio. Every year she celebrates her birthday on February 18. At the time of her writing, she is 71 years old and stands at a height of 5 feet 6-inch or 168 cm.

Her parents Renata Velia (Torinesi) and Tavio C. Ferrare ( a butcher) were Italian-American Catholics. The popular American actor and singer Diana Bisutti is her niece.

Talking about her education, Ferrare attended the University of California, Los Angeles (UCLA). However, she did not complete her studies because of her rising career as a model.

Success Journey: What Is Cristina Ferrare Net Worth?

Professional in the entertainment field since 1968, Cristina has a total of 13 actings and 44 self credits under her name as of the IMDb. According to Celebrity Net Worth, the multi-talented is reported to have a wealth of $20 million.

The 71-year-old went to Los Angeles along with her family at the age of 14 because she was offered work as a teenage model. After a couple of years, the makeup company Max Factor selected her as a model and eventually became a spokesperson as well. She then appeared in print advertising for Ultra Slim-Fast as well.

Additionally, Cristina served as a talk-show host on KABC-TV, The Home Show, Vicki!, Home and Family Show, The View, Incredible Sunday, The Mike Douglas Show, Cristina Ferrare's Big Bowl of Love, and others. She is also an author who has written books such as Realistically Ever After, Cristina Ferrare's Family Entertaining, and Okay, So I Don't Have a Headache.

Besides that, in 1996, she made her debut appearing in an episode of the television series Batman. She even acted in some episodes of TV shows like Sword of Justice, A Double Life, Vega$, The Love Boat, Matt Houston, Fantasy Island, Dream On, and Perry Mason: The Case of the Telltale Talk Show Host.

She first starred as Linda Kingsley in the movie The Impossible Years. The movie directed by Michael Gordon in 1968 was able to earn $5.8 million at the box office in North America. She is also a part of other films like J W Coop and Mary, Mary, Bloody Mary.

The former spokesperson is currently married to Tony Thomopoulos. The couple exchanged wedding rings on April 20, 1985. She along with the entertainment industry executive share two kids; however, their identity is yet not revealed.