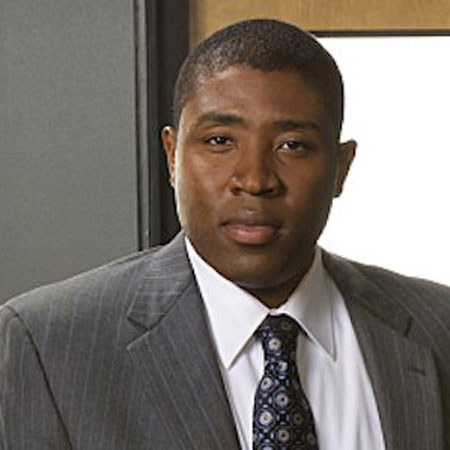 American actor, Cress Williams is mostly known for his role in Prison Break. He has also appeared on the TV show Close to Home, Hart of Dixie and Black Lightning; a superhero of American comic books published by DC Comics. His other notable works include Hawthorne, Low Riders and Friday Night Lights.

Williams has been married twice in his life and has two children.

Cress Williams was born on July 26, 1970, in Heidelberg, Baden-Württemberg, Germany to African-American parents. He is American and is of mixed ethnicity.

Williams studied at Fullerton College and University of California, Los Angeles. He played in a college production of Othello (Shakespeare’s tragedy) in 1990 during his time at Fullerton. The following year, he acted in another production by Fullerton titled Red Roses.

Cress Williams debuted his career working in an American teen drama Beverly Hills, 90210 in 1993. He portrayed D’Shawn Hardell in 13 episodes of the series. The following year, he played Terrence 'Scooter' Williams in an American TV sitcom, Living Single.

In 1996, Williams appeared on many TV movies such as Rolling Thunder, Rebound: The Legend of Earl "The Goat" Manigault, and Home Invasion.

Williams further cast as a guest actor in two episodes of the TV series, Hawthorne in 2011. The following year, he portrayed Lavon Hayes in an American comedy-drama, Hart of Dixie. He then worked in the six episodes of an American medical drama, Code Black in 2015.

As of 2018, Cress Williams starred in a superhero TV series, Black Lightning. He was cast alongside China Anne McClain, Nafessa Williams, Christine Adams, Marvin "Krondon" Jones III, Damon Gupton, and James Remar, among others in the series. The series originally aired on The CW network on January 16, 2018. The series is running its first season and has released five episodes to date.

Cress Williams' Net Worth And Height

Cress Williams has been active in the entertainment field since 1994. His net worth can be close to million, as he has done many movies and TV series to date. He has not disclosed the exact amount of net worth at present.

Here's the list of the popular movies that good/bad box office collection:

Cress Williams is a married man. He tied the knot to his girlfriend, Kristen Torrianni on June 15, 2013, in Texas. His fellow co-stars from the series, The Hart of Dixie; Scott Porter, Wilson Bethel, and Kaitlyn Black attended their wedding ceremony.

Before Torrianni, Williams was married to actress Simbi Khali on October 14, 2000, in Malibu, California. The duo met in 2001 at the church and became close friends. The couple has two children, a son named Elijah Khali Thomas Williams and a daughter named Amika Khali Williams. They divorced in 2011.