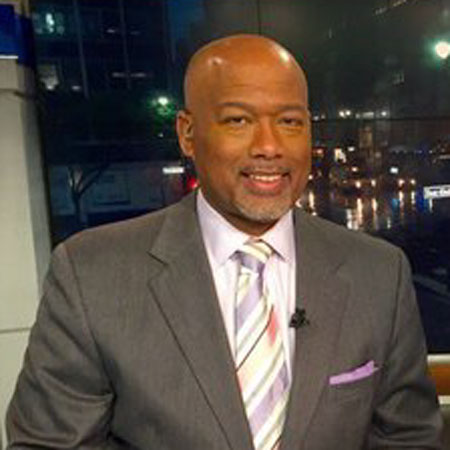 51 years old Craig Treadway is an American television journalist. He was previously the co- anchor of the PIX 11 Morning News, the show aired from 4 am to 6 am on weekdays. Treadway joined the Morning News team on June 5, 2000 for the very first episode of the show.

Currently the weekend evening anchor for WPIX, Craig worked as a reporter for WNYW.

Craig Treadway has served as a member of the University City, Missouri Police Department before entering news broadcasting, as a patrol officer, detective, and as the evidence technician.

Born to African-American household, Craig holds his black ethnicity with pride. He grew up in Missouri.
Also, he was educated at the University of Missouri at St. Louis.

Craig Treadway currently is currently the weekend evening anchor alongside Kala Rama on WPIX. He has also made a career in law enforcement which helps him with investigative journalism work. From doc u ment searching, interrogation and interview techniques to forensics and more, he has quite a grip on these things. He learned all these things working as a patrol officer, evidence technician and a detective at police department of University City, Missouri.

Craig Treadway is married man since 2001. He married is long-time girlfriend in front of friends and families. He has mentioned that he doesn’t have any children of his own on Facebook.

Rumours of affair with Sukanya Kirshnan who is a fellow journalist for PIX Morning News in NY City were rampant. However, as Kirshnan is already married to Eric Schroeder, these rumours do not have any base.

Craig Treadway has a personal home in Orange County, New Jersey, in the Newstead section. He has had a long journalism career, therefore, his salary is most probably in millions. We don’t know the official figures though.