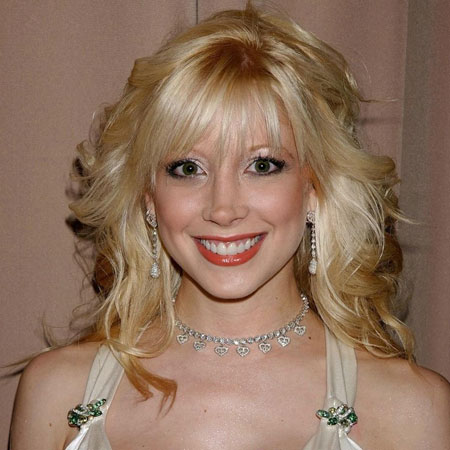 Courtney Peldon was born on 13 April 1981, in New York City, New York. She belongs to white ethnicity and holds an American nationality.

Peldon is the daughter of college professor Wendy Peldon and attorney Jeffrey Peldon. She has a younger sister, Ashley Peldon who is also an actress. Both of them are involved in the entertainment industry as child actors.

Peldon graduated from the Skidmore College with a major degree in Abnormal psychology and minored in film.

Courtney Peldon made her television debut on "The Ellen Burstyn Show" in 1986 where she portrayed as Lily.

In 1994, Peldon had finally made it onto the big screen in an American family sports comedy film, "Little Giants" and followed this up with a small role in the Jonathan Taylor Thomas vehicle "Tom and Huck" in 1995.

While that may not seem significant considering it was just a minor part, it went on getting Courtney cast as a recurring girlfriend to JTT's character on the then popular family comedy "Home Improvement" from 1996 to 1998.

Since then, Peldon has gone on to guest on some series including "That '70s Show," "3rd Rock from the Sun," and "Entourage." She starred as Becky Emerson on the hit FOX drama "Boston Public," as well.

Since 2005, Peldon has shifted her attention mostly to voice work. She has done a voice over for numerous animated characters through the years for series such as "W.I.T.C.H." and "The Emperor's New School," and even played various parts in the highly successful Disney film "Frozen" in 2013.

Courtney Peldon married  American attorney Bradley Lieberman on August 2010. Before getting married, they dated for years however after being together for four years, they divorced in 2014.

Peldon has also dated several other celebrities in between 2004 to 2009 such as Eli Roth, Jason Davis, and James. She was also linked up with American actor, Crispin Glover.

Courtney Peldon has earned a good amount of salary from her successful career, as she worked in television series as well as movies as an actress which adds up to her net worth that is estimated to be $2 million.