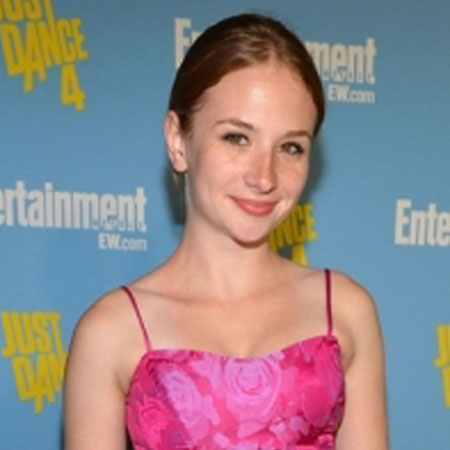 Courtney Merritt, age 28, actress and model known for her role as ‘Pam’, the teenage daughter of Melissa Peterman on CMT’s Working Class, ABC’s Suburgatory and more.

Courtney Merritt was born on March 2, 1989, in New York City. She moved to Jupiter, Florida when she was one year and a half.

Her first stage performance was as ‘Dormouse’ in Through the Looking Glass at the age of 4.Courtney started to act on local stages in Florida and did many print and runway jobs at the age of 13.  Same year she returned to NYC with her mother and sister to further her acting career.

Courtney Merritt’s acting career began when she was just 13 years old. Her professional acting career journey started after landing a role on a play that appeared in the American Living Room Festival in New York City.

Courtney has performed in over 20 indie and student films and numoruous stage productions. Courtney starrer Independent film ‘Late Bloomer’ was accepted to Sundance Film Festival. Industry executives persuaded her to make the move to Los Angeles in 2007.

Courtney Merritt played the character of Betty in ‘The Crucible’ at The Matrix Theatre in West Hollywood. Later she went on to perform in many other plays including the role of Clarisse in ‘Fahrenheit 451’ at Ray Bradhury’s Pandemonium Theatre.

Courtney Merritt’s big break came with CMT’s Working Class. She landed the part through self-submission for the role in a casting website. She also appeared in 2013 TV series ‘Walk of Shame’.

By now she has appeared in various commercials and also has a recurring role on ABC’s Suburgatory.

Courtney’s personal life outside of her shows isn’t much known. However, her character’s (Jenna Werner) lesbian past with Dalia Royce (Carly Chaikin) was talked about a lot.

As far as her net worth is concerned, we don't know any exact figures but as her career is progressing her net worth must be increasing as well.