Courtney Hadwin is an English singer and songwriter. The 15-year-old has performed on The Voice Kids UK, and America's Got Talent. Hadwin performed her rendition of Otis Redding's Hard to Handle on America’s Got Talent prompting judge Howie Mendel to give her the Golden Buzzer.

Courtney Hadwin Is A Native Of England

Courtney Hadwin was born on 6 July 2004, in Sunderland, Tyne and Wear, England. She was born to father Paul Hadwin and mother Ann-Marie. The oldest of three siblings, her younger sister is named Melissa, and her younger brother is named Paul. 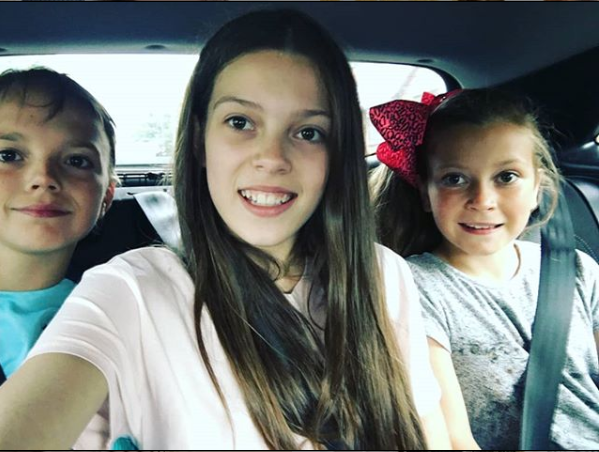 Courtney with her younger brother and sister SOURCE: Instagram: @courtneyhadwin

Hadwin Earned The Golden Buzzer On America's Got Talent

After learning of their daughter’s innate singing abilities, Courtney’s parents escorted her to her first singing competition, TeenStar in April 2015. While she did not win overall, her performances covering such artists as Bob Dylan and Christina Aguilera made her an audience favorite, and she was able to reach the grand finals.

2016 was a big year for Courtney; she took home Hartlepool's Performer of the Year Award and reached the grand finals of Beyond the Lights award ceremony.

She opened for the American vocal trio, Sister Sledge in a South Tyneside Festival in July 2017, and performed at a charity benefit concert for U-Support in January 2018.

Courtney gained nationwide exposure when she blind-auditioned for the 2017 season of The Voice Kids UK. She was picked by coach Danny Jones. She had a note-worthy run, before being eliminated as a finalist.

She also auditioned for the thirteenth season of the American reality talent show, America's Got Talent in 2018. The shy, mild-mannered Courtney floored the judges with her explosive rendition of Otis Redding’s Hard to Handle. She won the Golden Buzzer, taking her straight through to the live shows.

The performance also made her an overnight sensation and the YouTube video posted on AGT’s official channel has more than 56 million views as of December 2019.

Magician Shin Lim was crowned the winner of the show, whom Courtney would accompany to perform at the Paris Hotel and Casino in Las Vegas.

Following her stunning run on AGT, Hadwin signed to a record deal with Syco Entertainment, and Arista Records. She is currently preparing to release her debut album, which is set for late December 2019.

Courtney’s net worth is estimated to be around $1 million. An aspiring singer, Hadwin has been the finalist in almost every competition she has taken part in. 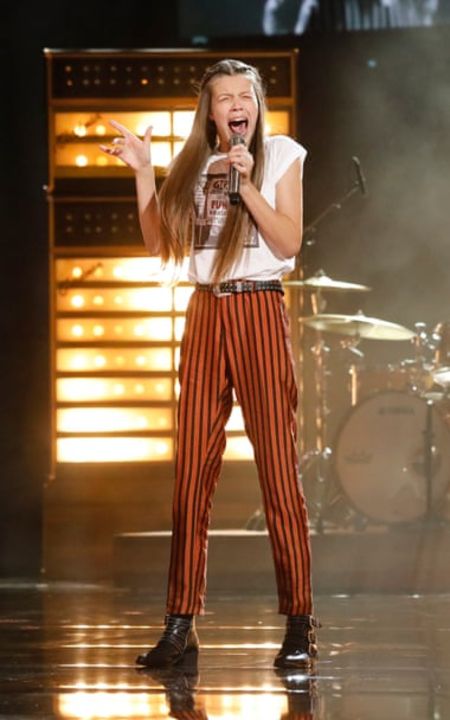 Courtney performing on the stage of America's Got Talent SOURCE: The Guardian

Her soft-spoken, mild-mannered demeanor belies her innate singing talent and her ability to command the stage. She is signed to a record deal with Syco Entertainment and Arista Records and her debut album is expected to drop in late 2019.

Courtney Hadwin Resides In England With Her Family

Courtney has accomplished more in her 15 years than most people accomplish in their lifetime. She is set to be one of the voices that define her generation, already being named as one of the top 50 contestants in the illustrious history of America’s Got Talent.

Courtney resides with her family in Hesleden, County Durham, England.