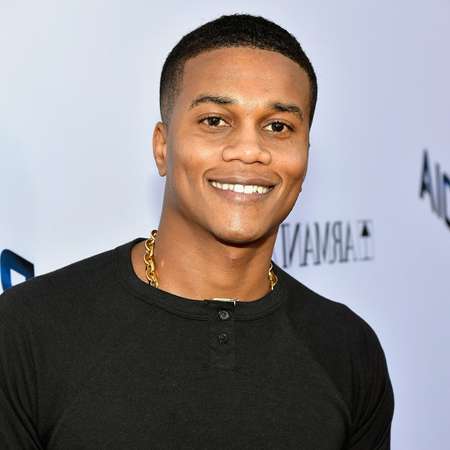 Cory Hardrict was born on 9th of November in 1979 in Chicago, Illinois, U.S. He was from a middle class family born to parents of an African and American descent. He is of black ethnicity. He gained his formal education from Bloom Trail High School. There's not much information about his education but it is said that he used to appear in many school shows when he was attending school. Hardrict started his career from television series, Felicity and television show, Smart Guy in 1998.

He took his first step towards films, debuting in a romantic comedy film, Never Been Kissed starring Drew Barrymore in 1999 and in same year he also appeared in Once and Again. In 2001, he again got into a role in a drama named Crazy/Beautiful. From 2000-2003, he appeared in many television series like Pacific Blue, City of Angels, Angel, Boston Public, Go Fish, The Huntress, That's Life, Anyday Now, The District, NYPD Blue, Strong Medicine, CSI: Miami, The Shield and Cold Case. In 2004, he also appeared in Like Family, CSI: Crime Scene Investigation and Without a Trace and in same year he was in a movie called Creature Unknown. In 2005-2006, he was in movies like Return of the Living Dead: Necropolis, Return of the Living Dead: Rave from the Grave, Miles from home, The Contract and Driftwood. In 2007, he did his recurring role in Television series Lincoln Heights and appeared in Heroes as well. But most importantly in 2007, he executive produced the film, Neighborhood Watch in which he was also starred. In 2008, he had a cameo role in the movie Gran Torino and also appeared as singer in the music video for "Right Here".

In 2009, he did a movie, Hollywood Horror with his wife, Tia Mowry along with her twin sister, Tamera Mowry and later in the same year he also appeared in a romantic comedy "He's Not That Into You" and the drama called Dough Boys and appeared in a TV show The Game along with his wife and also in Accidentally on Purpose. In 2010, he appeared in TV series Dark Blue and the following year he was in movies like Battle: Los Angeles, The Day and Dance Fu. In 2012, he appeared in TV series Like Alcatraz and Let's Stay Together. In 2013, he was starred in Warm Bodies, Lovelace and Boulevard H and in the following year, he was in movies like Destined, Brotherly Love and American Sniper. This year he is in movies, Spectral and All Eyez On Me which are to be released on August 12, 2016 in 3D and on November 11, 2016 respectively.

Cory Hardrict is married to an actress, Tia Mowry who is known for her role in "Sister, Sister,” They first met at the bus stop when Tia and her twin sister drove by and asked to give him a ride. He was embarrassed at first and they took him to Inglewood and ever since they became friends and their relationship started off few days later after their first meeting. He says he was broke when he met Tia.
After dating for 6 years, they were engaged at the end of 2006 and married on April 20, 2008. Their wedding took place at the Four Seasons Resort The Biltmore in Santa Barbara, California in front of 170 guests. On January 11, it was heard that they were expecting their first child, Cree Taylor Hardrict, who was born on June 28, 2011 in Los Angeles. They have been together for a total of 16 Years. He says he is very lucky to find her as love of his life.

Hardrict's net worth is estimated to be $3 Million Dollars which means he gets quite good amount of salary. His height is 6 Feet 1 Inch and his birth sign is Scorpio. According to his date birth, by now, his age is 37 years old.  His exact weight is unknown till now.