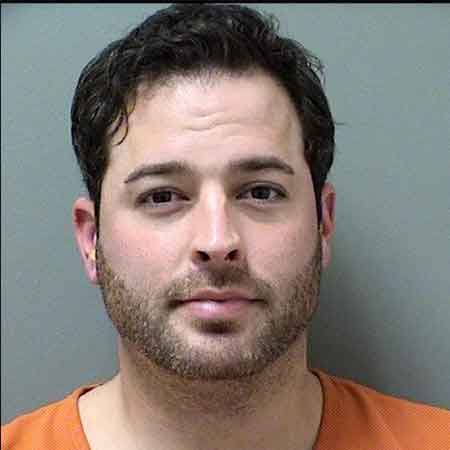 Born and raised in Canton, Georgia Corey Sligh is professionally an actor and writer. He worked as an extra on television series like The Young and the Restless, Days of Our Lives, and All My Children. He is also well known for his appearances in various TV series and films like  Single Shelley (2013), All About Lizzie (2012), and God Is Dead (2008). In July 2018, Corey was found guilty of child molestation charges. He has not been sentenced yet but is facing prosecution.

Corey Sligh was born on 1988 in Georgia, United States of America. Besides this nothing is known about Champion's early life as he preferred to keep it low.

He appeared as a bartender and waiter on tv series named The Young and the Restless. In 2008, he appeared in the movie, God Is Dead.

According to IMDb, he was a writer, actor for the tv film, Single Shelley.  In addition, he was also a part of the tv show,  All About Lizzie.

As Sligh has worked as a casting director as well as a writer, he must have earned a decent amount of money from his career. However, his net worth and salary are not revealed and is under review.

Sligh has an Instagram, but it’s private. According to daily mail, he is married to a woman but her identity is not revealed. Her Instagram is also private. The same source revealed that she is the owner of two dogs, supposed to be a Boxer and German Shepherds and Sligh's wife is passionate about music and fitness.

In the year 2014, Sligh was brutally beaten. According to the Daily Mail, at that time, he was walking on Rite Aid parking lot located in West Hollywood on the day of Thanksgiving when he was struck by the vehicle and then beaten up.

After the incident, he was immediately taken to the Cedars-Sinai Medical Center. He suffered from multiple bruises and a broken arm.

As per People, Corey Sligh was arrested in October 2016 after the parents of a girl under the age of 10 reported that he molested her. Sligh was released on a $22,000 bail the same day.

Then after he was arrested a second time in November by officials in Walton County, Florida. He was arrested for assaulting a young girl while they were on vacation.

Sligh was arrested in his hometown and was found guilty of child molestation on 28 June 2018. As per the source, "He was found guilty on one count of molesting a child younger than 10 years old in Cherokee County, Georgia on June 28. Sligh was cleared of the second charge against him."

He has not been sentenced yet but is facing prosecution. District attorney Shannon Wallace said that Sligh could face almost 20 years of jail and similarly, County, Florida assistant state attorney Bill Bishop said, he’s facing additional 25 years to life in prison for the single count of lewd and lascivious molestation in Florida.

Check out a video of Corey Sligh found guilty of child molestation.