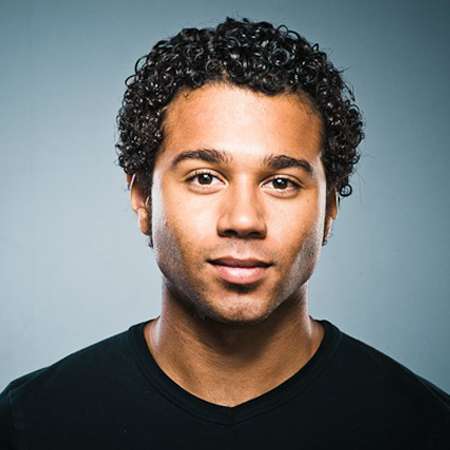 Corbin Bleu, an actor, was born to Martha and David Reivers. His father is Jamaican American and his mother is of Italian descent. He has three sisters; Phoenix, Jag and Hunter. He was the only boy in the class who used to practice dance in Jazz and Ballet.

At the age of two, he appeared in many commercials like Bounty, Hasbro and Life Cereal and at the age of four, he was signed with Ford Modeling Agency as a model in New York. He also appeared in many print ads and in fashion spreads in American Baby Magazines, Child and Parents. His image was on many toys and game packaging.

When he turned six, he did his first professional theater at The Town Hall. In Tiny Tim Is Dead, he played a role of an abandoned homeless mute guy. He graduated from Los Angeles County High School and did major in Theatre from High School of Performing Arts, New York.

Corbin’s family again moved back to Los Angeles in 1996. After a short period of time, he worked in a TV series, High Incident and a guest appearing role on ER. Bleu also appeared in Malcom & Eddie (1998). In 2001-2002, he appeared in The Amanda Show. In 2005-2007, he was a main cast member in Flight 29 Down as Nathan McHugh. From 2006-2014, he appeared in Ned’s Declassified School Survival Guide, Hannah Montana and gave his voice on Phineas and Ferb.

Bleu has won many awards regarding his acting skill. In 2005 and 2006, he won  awards for the Theatre Student Of the Year and Best Best Hair White Bowling. He has also won the Poptastic Awards for Male Singer. He has also been nominated for several awards like Outstanding Performance in a Youth/Children Program, Best Performance in a TV Movie, Miniseries or special (Comedy or Drama)- Supporting Young Actor, Favorite Music Video, Favorite Song, Favorite TV Actor, Favorite Album, and more.

He has also released his songs with his melodic voice. His debut album, (Another Side) was released in May, 2007 which reached at no. 36 on Billboard 200 album charts. The album’s first single, Push It to the Limit peaked at no. 15 on Billboard Hot 100. This single was also used to promote the movie, Jump In!

He did a tour with the High School Musical Team performing in 40 different cities, and also performed at the NextFest Tour to promote his debut album. He wrote 5 songs out of 12 songs from the very album. His second album, Speed of Light was released on March 10, 2009. Unfortunately,  his second album failed to debut at Billboard charts. His two singles, Celebrate You and Moments That Matter from the album was released with a music video.

Corbin Bleu had many affairs and rumored affairs in the  past. There was rumor about him dating Monique Coleman, his on screen love in High School Musical and its series in July 2005. But their reel chemistry didn’t transfer in real chemistry. After a long period of time, he again started dating Maddie Cyrus on 12th December, 2008 but after 1 year and 1 month they got separated on 18th January 2009. In the same year on 15th May, he started dating Maiara Walsh but were separated in January 2010.

Bleu again was in a relationship with Jaime Murray but they broke up in August, 2009. There was rumor that he was dating Makeshia Lucien from November 2010 to 2011. Currently he is engaged to an actress, his long time girlfriend, Sasha Clements on 15th October, 2014 with whom he was dating from 2011. He proposed his girlfriend in Disneyland. He got engaged in front of Cindrella’s Castle during the theme park’s fireworks show. We can just wait for the announcement of him getting married!

His height is an inch less to 6 feet and a weight of 72 kg. He has a net worth of $4 Million; which means he earns good amount of salary. His bio is on many sites including wiki. According to his birth date, his age is 27 years old.